Euler found four whole numbers such that the sum of any two of the numbers is a perfect square... 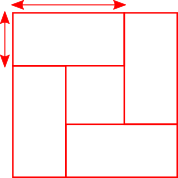 Each rectangle with $4$ copies of itself properly arranged can show that it indeed forms a hollow square.


Karrar, Hayder and David from Michaela Community School in the UK, Vid from Srednja Å¡ola ÄŒrnomelj and Siddhant from Singapore International School in India used Charlie's method. Karrar showed how to set up an equation:
We are finding a literal difference of two squares.
$x^2 - y^2 = 960 \Rightarrow (x+y)(x-y) = 960$
$x, y$ are positive integers 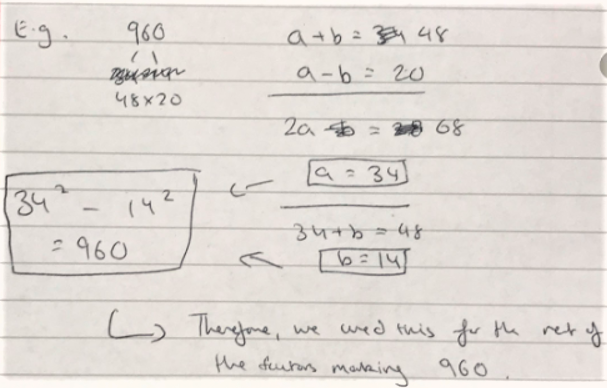 Karrar listed all of the factor pairs of 960, but pointed out that not all of them will give symmetric hollow squares. In fact, Hayder and David explained why some of them won't give hollow squares at all: 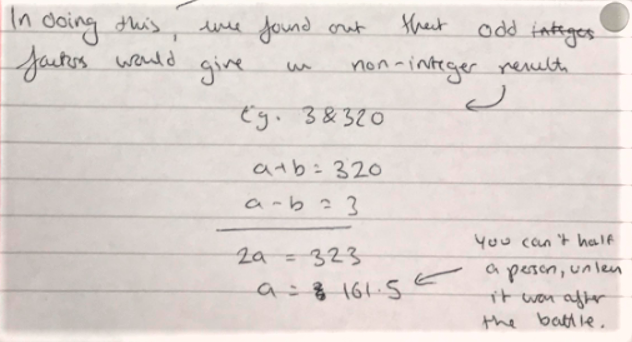 Karrar sent in this final answer of all of the symmetrical hollow squares of 196 soldiers: 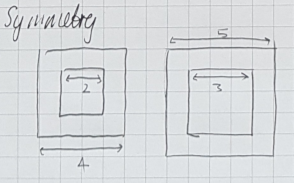 
Here are all 10 of Karrar's answers, which David and Hayder also found. Click here to see a larger version. 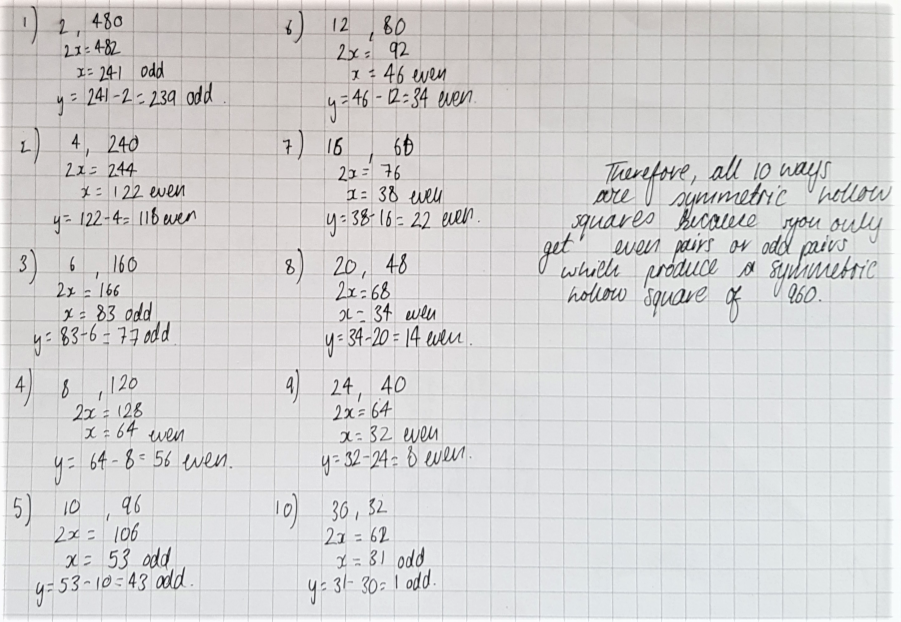 Siddhant set up the algebra differently to avoid non-symmetric hollow squares:
We can first take the length of the larger square as $x.$ This means the length of the smaller square is $(x-2c),$ where $c$ is the number of dots between the two squares. It will be $(x-2c)$ because there are $c$ dots separating the squares on both sides.
We can then formulate the expression:

This gives us the total number of soldiers in the hollow square. This uses Charlie's method.

Expanding and simplifying this, we get:

We can equate this to $960,$ as that is the total number of soldiers said in the question.

Notice that this is very similar to Alison's method. In fact, Mahdi and Vid showed how the two methods are related. This is Mahdi's work: 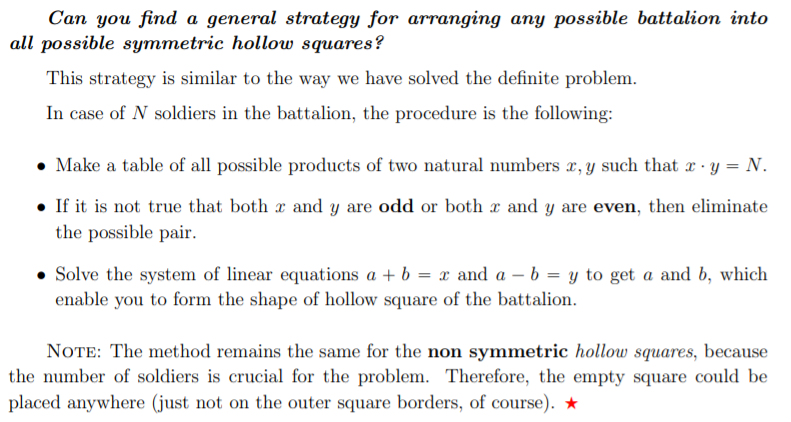 
Shyam from Nower Hill and Agathiyan from Hymers College in the UK explained why even numbers which are not multiples of $4$ can never make hollow squares:
Integers with only one 2 able to be factored out of it is not possible to make any hollow square because: when the number is written as $(x+y)(x-y)$, the one 2 must either be a factor of $(x+y)$ or of $(x-y)$, so only one of them is even.
But this does not work as any 2 pairs of numbers when added and subtracted from each other have to create either 2 odd numbers or 2 even numbers, meaning the given circumstance is impossible.

Meanwhile other odd numbers can work if $x-y$ is one of their factors and $x+y$ is the other factor in the factor pair.
(in this case, $x+y$ and $x-y$ will both be odd)