I was with a class of children in Bromley near to London, when I suddenly came up with this idea, and I put it to the youngsters at the school. They did a lot of work on it so I thought I'd share it with you. 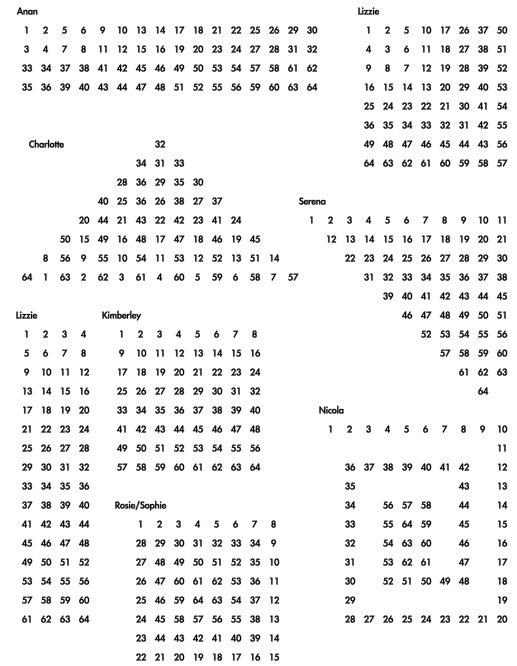 Most of them, as you see, ended up with shapes that were not squares. Those that did end up with an $8$ by $8$ square put the numbers in an interesting order into the shape.

When they did that they were then asked to made a tile [or frame] that was made up of four squares.

Here are some examples:-

The idea now was to place one these tiles/frames somewhere on the table of $64$ so that it covered four numbers. [The tiles were made so that the squares were the same size as the squares on each of the numbers in the $64$ table.]

Well that's what you need to do. It's fun creating new $64$ tables in different shapes.

Explore by looking at the totals that you've found and and think about any relationships that you notice.

You then need to think about why these sets of answers are occurring. The youngsters at the Bromley school found lots of things out ... now it is your turn to do the same.

Lastly of course you need to ask, "I wonder what would happen if ...?"