What Shape and Colour?

Can you fill in the empty boxes in the grid with the right shape and colour?

Some children were playing a game. Make a graph or picture to show how many ladybirds each child had.

If the World Were a Village

Josh and Leyla from St Anthony's School sent in their thoughts:

It is better to use a bar chart because it is easier to see and describe what is going on in the problem.
It is also very quick to see who has the most of something or the least of something.
This would be the easiest that I found to solve this type of problem.

- I think the first representative was better because it was more organized and easy to count and find the people
- In question 2 I think that the last one is the best.
- All of them do show the exact information but the way they show it is different.
- The second one makes me think that there are more than 100 people.
- All of them make me think that there are loads of people from Asia.
- The easiest to count was the last one.
- Yes, I did realize how a flag had been used because it was linked to the topic.

Vincent and Salambá at Lycée Henri Matisse in France sent the following:

We had a response from Amatuliah at Alameen Private School in Dubai who wrote that for question 1 the first way was best and for question 2, the third one was best.

Jenson from Middleton Tyas Church of England Primary School sent in a Word Document which shows his work very clearly - well done!  You can view it here  or here as a pdf.

We can show the data with tally marks, bar charts and words.

I don't think pictograms are always the same.  I think words are better because maybe the person who is looking at it might not know what the pictogram means unless there is a key for the pictures' representations.

Pictograms are good to a certain extent if there are keys showing differences of the data and if there are organised systematically.

Fiene, part of the Homeschooling Science Club in the Netherlands, sent in the following:

What do you think? 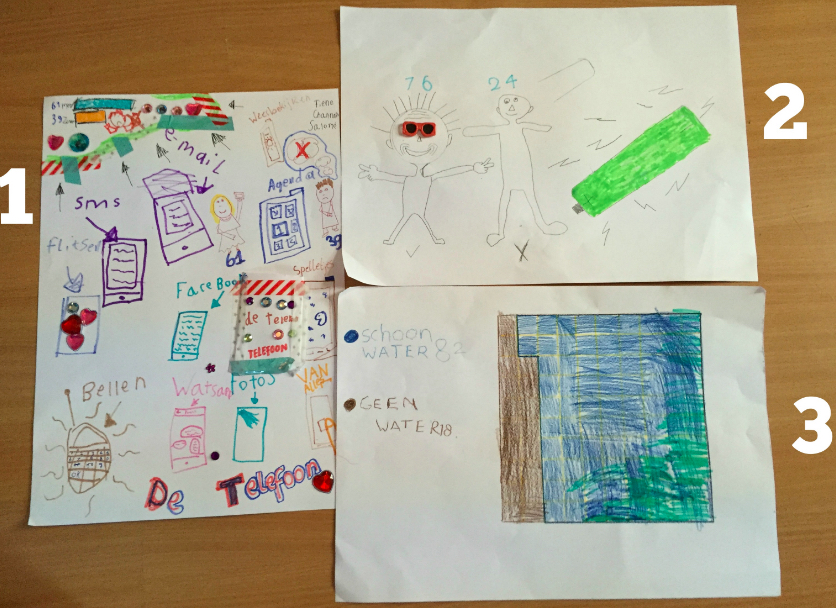