The class were playing a maths game using interlocking cubes. Can you help them record what happened?

What can you say about the child who will be first on the playground tomorrow morning at breaktime in your school?

The Car That Passes

What statements can you make about the car that passes the school gates at 11am on Monday? How will you come up with statements and test your ideas? 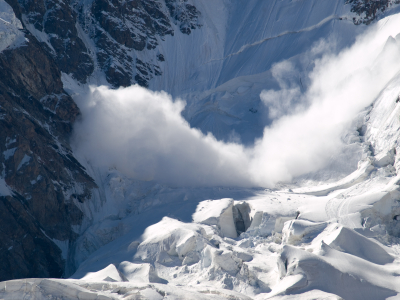 Mathematicians and scientists use experiments to model what happens in avalanches, so they can understand them better. In this investigation, students will model an avalanche, collect data and display their findings with graphs.

Now look at the descriptions of the avalanches, and try to classify them as small, medium or large events.

At this stage, it would be good if groups of students make reports on what they have observed about avalanches so far, using their graphs, their observations about when avalanches occur and about how severe they are.

There are several ways in which the basic experiment might be extended.  Students should start by deciding what they want to investigate, then plan their experiments, making notes on what they will do.  Planning should include quantitative information where appropriate.

Students could decide on their own question, or use these sets of questions as a guide:

Using your graphs to think about avalanches

Collect all your results and graphs together.  What do they tell you about avalanches?  Try answering these questions to help you:

Which of these suggestions do you think would be sensible advice to people trying to prevent or at least control avalanches?  Which wouldn?t be sensible?

Can you suggest any ideas of your own?