Prove that, given any three parallel lines, an equilateral triangle always exists with one vertex on each of the three lines.

Talei from Poltair Community School and Sports College sent in this excellent solution to the problem, showing the diagonals are split in the ratio 1:2 (or equivalently that the smaller part is a third of the whole) 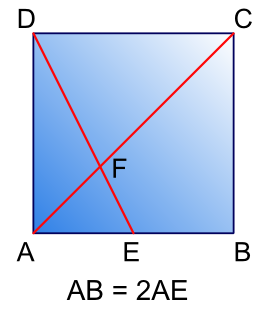 
Talei's method using similar triangles can also be applied to the general case for a pallelogram and arbitary intersection point: 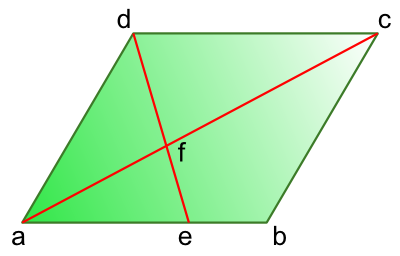