Find the distance of the shortest air route at an altitude of 6000 metres between London and Cape Town given the latitudes and longitudes. A simple application of scalar products of vectors.

The probability that a passenger books a flight and does not turn up is 0.05. For an aeroplane with 400 seats how many tickets can be sold so that only 1% of flights are over-booked? 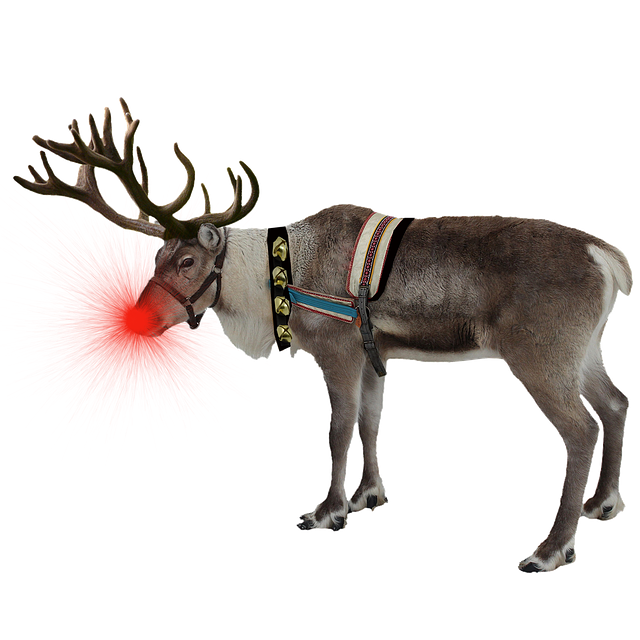 Rudolph's nose glows because it is home to a species of bacteria, Aliivibrio Rudolphi, that luminesces when it reaches a certain population density. It detects the size of its population by a process known as quorum sensing.
Each bacterial cell releases a signal molecule, $X$, at a rate of $1$ molecule per minute and if the concentration of $X$ is greater than or equal to $10^{11}$ molecules per ml, the bacteria will glow. $X$ decays with a half-life of $10$ minutes but the bacteria divide every $30$ minutes.

Sadly, Rudolph catches a nasty cold, which, by the time he is better, has killed all of the bacterial cells in his nose except for one. Santa is worried: there are only $24$ hours left until they need to set off to deliver Christmas presents. Will Rudolph's nose be glowing again in time?

If you need any data that is not included, try to estimate it: Santa wants an answer now, so that he can make alternative plans if need be.
This might sound far fetched, but bioluminesent bacteria which emit light only when there is a sufficient number of them exist in the real world, and are often found in symbiotic relationships with marine animals.  The first of these to be studied was Aliivibrio fischeri (sometimes called Vibrio fischeri) which can be grown in the lab and observed to produce light only when large numbers of bacteria are present.

Read about the Hawaiian Bobtail Squid and its relationship with Aliivibrio fischeri.

Watch "How bacteria talk", a TED talk by Bonnie Bassler, for a description of how quorum sensing works (which also features the Hawaiian Bobtail Squid and Aliivibro fischeri).

Find out more about reindeer noses here.
The NRICH Project aims to enrich the mathematical experiences of all learners. To support this aim, members of the NRICH team work in a wide range of capacities, including providing professional development for teachers wishing to embed rich mathematical tasks into everyday classroom practice.