What happens when you add the digits of a number then multiply the result by 2 and you keep doing this? You could try for different numbers and different rules.

This cube has ink on each face which leaves marks on paper as it is rolled. Can you work out what is on each face and the route it has taken?


Tom and Ben were in Numberland in the county of Addition.
They had a map which looked like this: 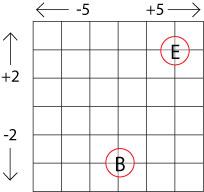 
First they made these journeys: 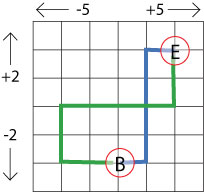 The blue line shows Tom's journey and the green line shows Ben's.
How many points did they have each when they reached E?
Do you notice anything?

Here is a different grid for you to make up some journeys of your own, beginning at B and ending at E. 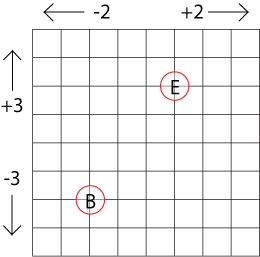 You can download and print off this sheet which has two copies of the grid map.
What do you notice about your different journeys?
Can you explain your observations?


After they had explored in the county of Addition in Numberland, Tom and Ben went on to the county of Multiply.
Here they had a new map which looked like this (here are two copies of the map): 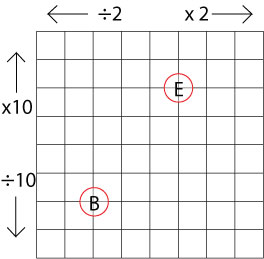 They explored here too. Each time they started at B with $10$ points and made their way to E. Try lots of journeys yourself.

What do you notice about the journeys this time?
Can you explain why this happens?

This problem will give learners a chance to make predictions and generalisations. It also provides practice in simple addition and subtraction, and later in multiplication and division.  It draws out the inverse relationship between the pairs of operations but it also encourages children to think about the order of operations.
You will need copies of this sheet, and for the second part of the problem this sheet. Squared paper might also be useful.

You could start by showing the first part of the problem to the whole group and by explaining the setting for the problem. A small scale version could be drawn out on the playground or on the hall floor so that the game can be played practically. The first 'journeys' of both boys could be worked out at this stage.
After this introduction, the group could work in pairs so that they are they are able to talk through their ideas with a partner, using copies of the first sheet. Encourage them to find interesting routes that use subtraction as well as addition. Routes can be drawn using different colours but pairs may well need more than one copy of the sheet.  Children may need to use jottings to keep track of their calculations and these could be done on paper or mini whiteboards, for example.
Before having a go at the second part of the problem (multiplication and division), encourage pairs to predict what they think might happen.   You may feel that calculators could be used for checking results at this stage.
At the end of the lesson, bring the whole group together again to discuss their findings. They could show their most interesting and/or longest routes. Were they surprised by the results? Why do they think this happened?  Although this task focuses only on numerical operations, the explanation of the results demands a very sound understanding of the number system.

You could ask learners to find routes which give the smallest or largest possible answer, staying within the grid.  Or they could find routes which involve exactly two subtractions, for example.  Alternatively, you could challenge some learners to create their own grid on which different routes between the same starting and end points produce different answers.  Why does their grid work?  (A combined add-subtract and multiply-divide grid leads to the need for brackets.)

Some children might benefit from starting on the Stage 1 version of this problem: The Add and Take-away Path.