How many different ways can you find to join three equilateral triangles together? Can you convince us that you have found them all?

Once there was a garden with lots of paths and little patches of grass between. It looked a bit like this. 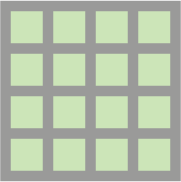 Two children, William and Thea, made up a game. 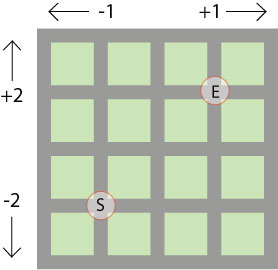 These are the paths they took: 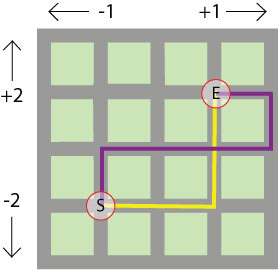 Thea took the yellow path. Remember she started with $10$ points.
How many points did she have when she arrived at E?


William took the purple path.
How many points did he have when he arrived at E?

In the picture below, we've taken out the grass and just drawn a grid. You can imagine that the squares are patches of grass and the lines are the paths in the garden.

We have marked different starting and end points.
What would your score be if you walked along the blue path?
And the red path? 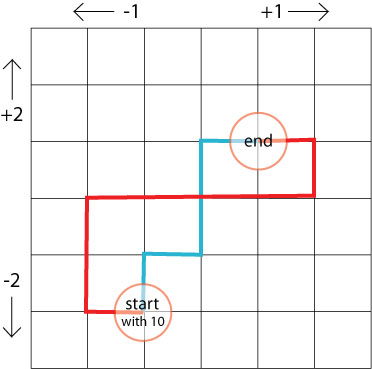 Make up some more paths between these start and end points.
What is your score each time?
What do you notice?
Can you explain why?
You can download a copy of the grid here.