Matthew from Parkgate Primary School focused on the first two shapes in the problem. He said:

The perimeter is always bigger except for one (Shape G).

Noor from Kingsbury Green Primary School answered the question; 'Can you draw a shape in which the area is numerically equal to its perimeter? And another?'.  He said:

The same happened if there you have a rectangle that has a length of $6$ and a width of $3$.

Table 3 (they didn't give their school) looked at finding a shape which has a perimeter numerically twice the area.  They wrote:

Thomas from Colet Court drew a shape in which the area is numerically twice the perimeter: 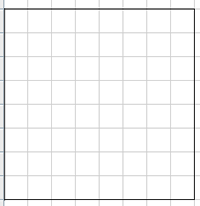 Thomas went on to investigate how to make the area of a shape go up but the perimeter go down.  He said:


...you go from a dented square to a square shape. 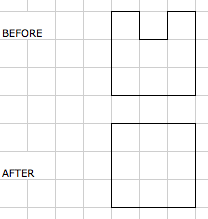 by inserting a dent in your shape the area gets reduced by the dent. 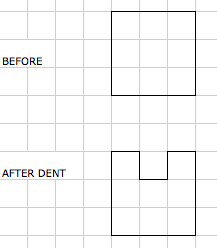 Joe and Charlie from Coniston Primary described the way they worked on this part of the problem:


Whilst investigating problem 7280, Anna from Air Balloon Hill Primary made the following observations which she would like to share with you. Please see attachment taken from her exercise book.  Year 5 teacher 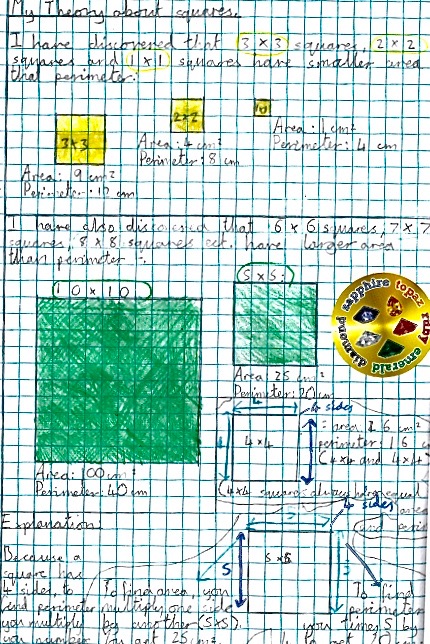 Very, very well done all of you.  You have obviously put a lot of thought into this problem.