It Depends on Your Point of View!

Below are two photographs of the same picture lying on a table, the first viewed from directly above and the second viewed from an angle of $45^{\circ}$. 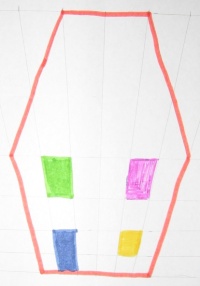 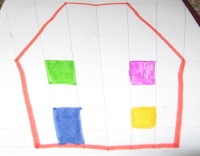 This artistic technique, where an image needs to be viewed from a particular vantage point to appear as the artist intended, is called Anamorphosis. The technique is often used at sports venues, where sponsors' advertisements are created as flat images on the field of play but from a high camera position the image appears to stand up.

Pavement artists also exploit this technique - there are some nice examples here.
One of the most famous examples of anamorphic art is The Ambassadors, painted by Holbein in 1533: 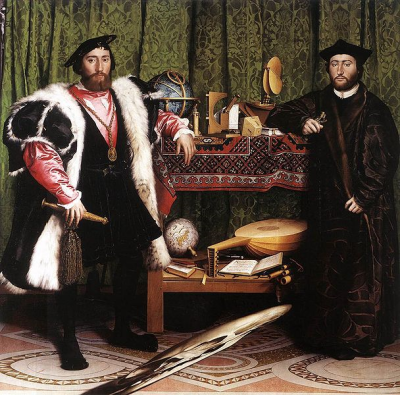 In the foreground is a distorted skull, but when the picture is viewed from the corner, the skull appears like this: 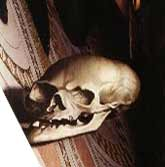 Your challenge is to come up with a mathematical method for designing anamorphic images. You will need to choose a vantage point relative to the image for viewing it correctly.
Once you have decided where the vantage point will be, one way to create an image is to design something on a grid of squares and then work out how the grid should be distorted in order to appear square from your vantage point. The diagrams below might help you to work this out. 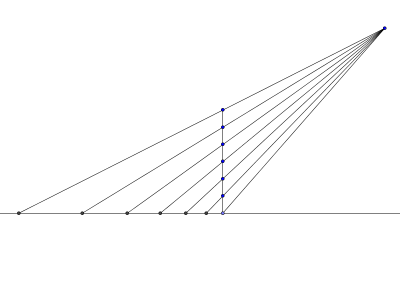 The vertical line represents the grid as you wish it to appear. The points on the horizontal line show the distances between the lines on the grid, for a vantage point in the top right as shown. 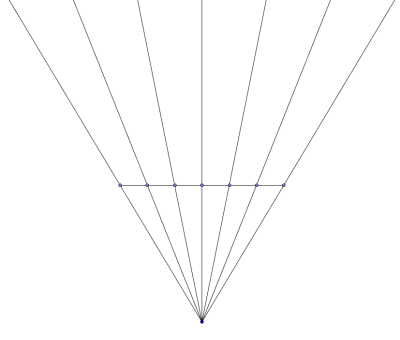 This picture helps you to calculate the widths of the grid once you have worked out the heights above.

Please send us your pictures of anamorphosis and an explanation of the maths you used to create them!

This example of an anamorphic advert was snapped by Mark Dawes at Wembley Stadium. 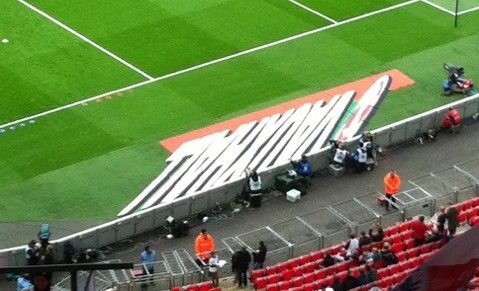