A security camera, taking pictures each half a second, films a cyclist going by. In the film, the cyclist appears to go forward while the wheels appear to go backwards. Why?

The diagram shows a very heavy kitchen cabinet. It cannot be lifted but it can be pivoted around a corner. The task is to move it, without sliding, in a series of turns about the corners so that it is facing the other way round.

Thank you to Sally and Emily from Parrs Wood for sending us pictures of their rotations. Here are their findings.

Sally noticed a pattern with the coordinates of our shape. 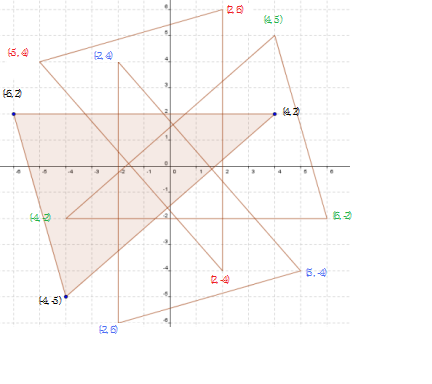 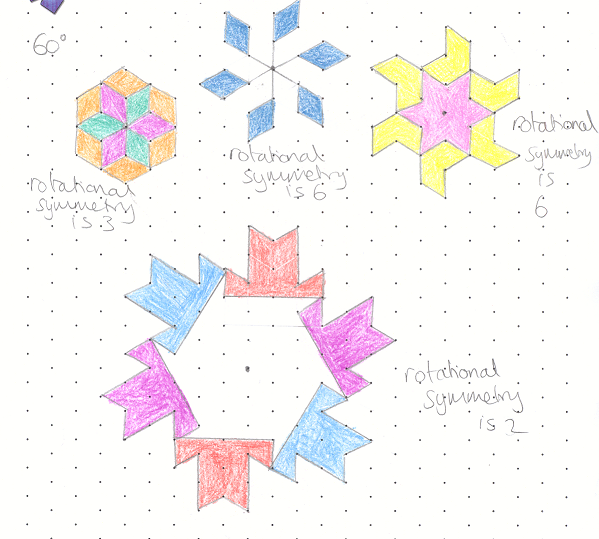 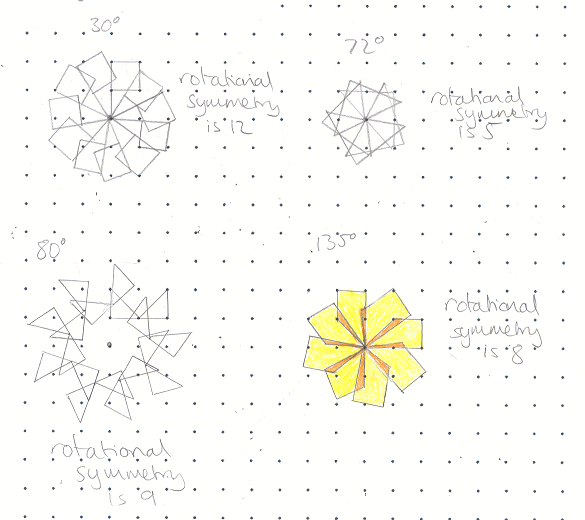 Mr Bakker sent us a photo of the work some of his students did on this task: 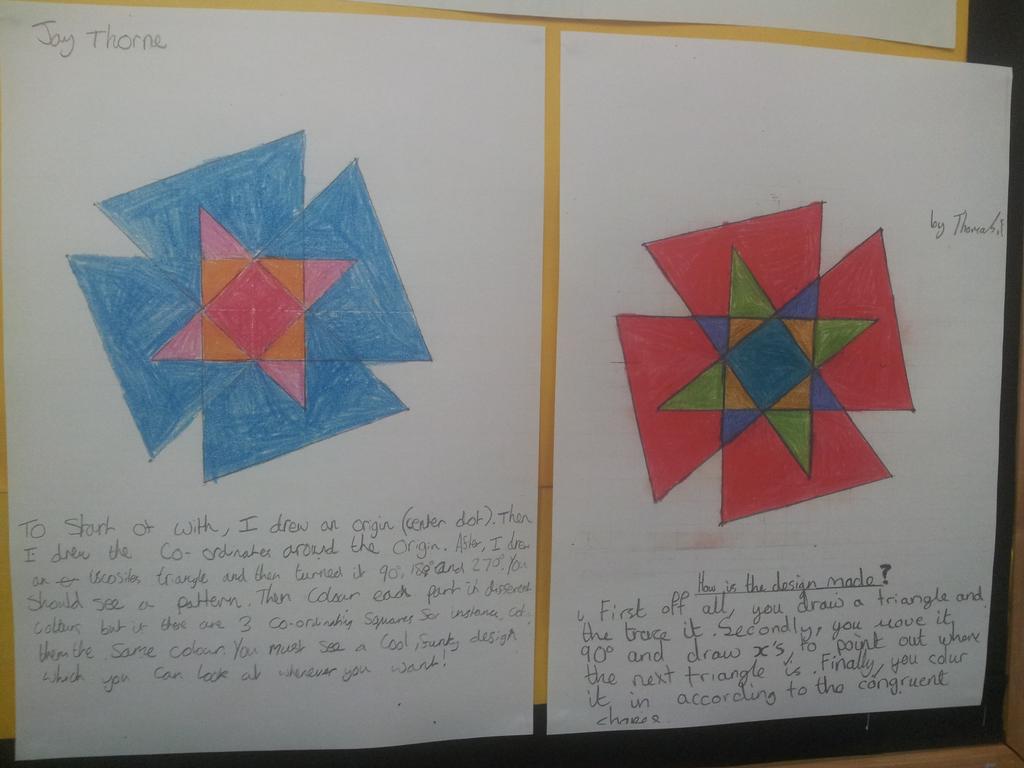 Do continue sending us pictures of your rotation patterns along with any interesting mathematical discoveries you make.