We had some good solutions sent in for this group activity, first from Oliver and Daniel from S.U.N. School:

First, we read the statements out and found out that half of the cubes were red, a quarter were yellow and there is the same number of blue cubes as green cubes.
Secondly, Oliver said that, on the picture, there are four cubes across and two down.
Then, Daniel said that one of the lines along was: green, red, yellow.
After that, we discovered that inside the green, red, yellow sequence was the green, red combination so we didn't need to do that card.
Then Daniel found on one of his cards was a corner piece with a red block and a yellow and blue block either side so we added that in.
Then we found there was one piece left, the yellow, red, blue combination and all of the
things were somewhere in our rectangle.

This is what it looked like in a drawing. 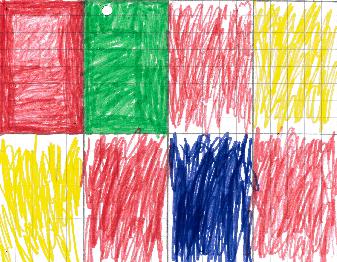 Then a well-presented solution came in from pupils at The Globe School in Lancing.  Here it is! 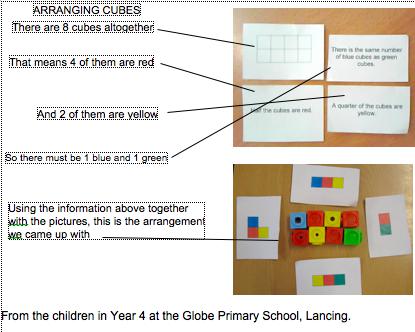 Then from Mia, Jamie-Lee, Shaneece and Spencer from Elphinstone School we had this good explanation. Thank you so much for the written details:

Two groups with exciting names from St. James School sent in these pictures of their work. First we have the Flying Dolphins: 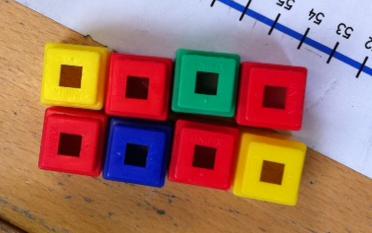 Then we have the Golden Terrifying Tigers who sent in this picture: 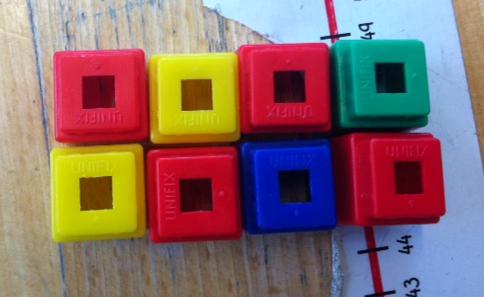 Thank you for all these solutions.  Maybe others will be encouraged to try the same activity.
The NRICH Project aims to enrich the mathematical experiences of all learners. To support this aim, members of the NRICH team work in a wide range of capacities, including providing professional development for teachers wishing to embed rich mathematical tasks into everyday classroom practice.