Here's something a little different ...
It is an opportunity to work with many aspects of mathematics.

It would be good to work with other people for this challenge.
You'll need to split up into five groups.
Each group will need to have copies of one of the pictures below. (This sheet contains one of each picture.)

In your group, find out how many fingers (including thumbs) there are in the picture you have been given.
Talk to others in your group about how you came to that total and compare your way with other people's ways. Make sure you agree on the number as a whole group.
You may like to record what you have done in some way. 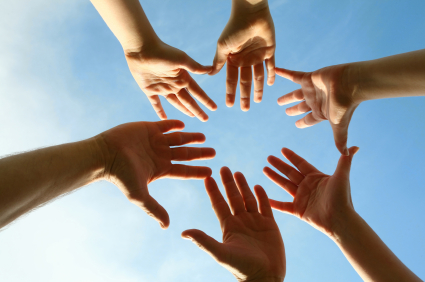 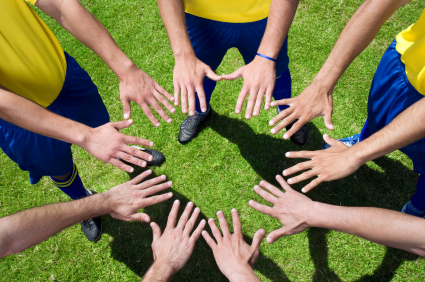 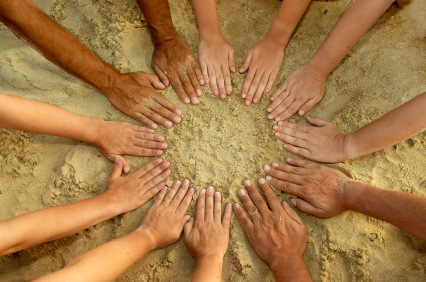 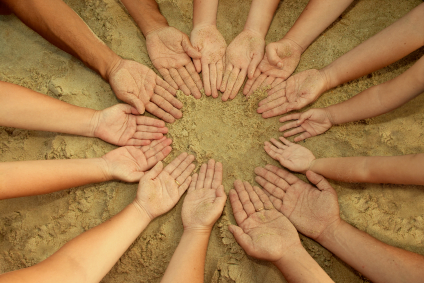 Swap pictures with another group.
How many fingers, including thumbs, this time? Did you change the way you worked it out?
Once again, talk to others in your group about how you each came to that total.

You could swap your pictures again and keep going until you have had a chance to see all five pictures.

As a class share the different ways that you counted.
Are there some ways that were more popular for particular pictures than others? Why was this, do you think?


There is another activity on NRICH, Alien Counting, which starts like this:-

What if Dubo, Threebee, Quort, Chindi or Senda had been there in the hand pictures instead of humans?
Which Aliens could be in which pictures if you wanted the total to be the same as with humans?
What numbers of fingers would there be if each human in each picture were to be replaced by an Alien of your choice?