Are these statistical statements sometimes, always or never true? Or it is impossible to say?

Here are several equations from real life. Can you work out which measurements are possible from each equation?

Bent Out of Shape

An introduction to bond angle geometry.

Lord Stevenson was found dead at his country manor in the early hours of the morning, by his maid. Known as one of Britain's foremost landowners, agricultural entrepreneur and pharmaceutical magnate Stevenson was listed as one of business's shooting stars in the Sunday Times Rich List. Stevenson was also well known as a manufacturer of allyl alcohol which is used as a pesticide. At the crime scene, police found a pillow soaked in allyl chloride which is a precursor in the production of allyl alcohol. This clearly raised the suspicions of the chief detective.

The molecular formula of allyl chloride is $C_3H_5Cl$. This is a toxic molecule!


How many structural isomers of this molecule can you draw?


Forensic scientists working at Cambridge University conducted an autopsy. Shockingly this revealed that Lord Stevenson died of another cause. A scan revealed that a certain molecule was present at an unusually high concentration in the victim. A print out of its molecular formula read: 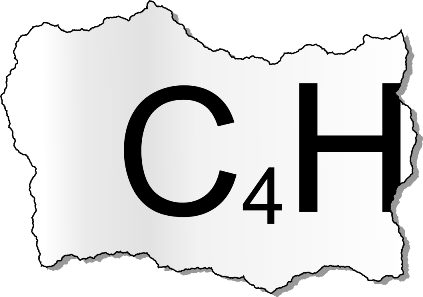 The reliability of the results was dubious and the printer was terrible and ripped part of the print out.
It is thought that the molecule may have 4 carbon atoms and an unknown amount of hydrogen atoms (but contains no other elements).


Can you find at least 20 of the isomeric structures for this formula?(Hint: Remember double and triple bonds!).


The forensic scientist managed to fix the printer after much labouring. During the time it took to fix the printer, the team ran another scan that gave a far more reliable result. An IR spectrum was obtained but misplaced! Fortunately a member of the team could remember the broad shape and distinguishing features. She sketched out the form of the plot: 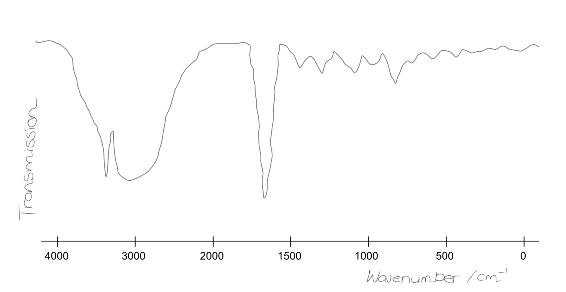 Taking into account the data given above, identify the functional groups indicated by the spectrum?

Note that the sharp peak at ~3300cm$^{-1}$ is a single peak and not two peaks. What functional group does this identify? What is it definitely not?

In the meantime, the forensics team have repeated the IR scan to obtain more accurate data. Shown below is a particular section of the spectrum.

It is known that atoms nearby to a functional group can slightly affect its IR stretching frequency. 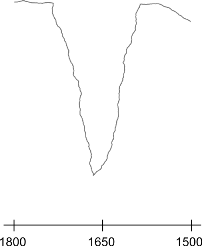 
The molecular formula of the compound is C$_8$H$_9$NO$_2$. From the IR data it is not possible to fully work out the structure of this compound. A $^{13}$C NMR was conducted. This is similar to $^1$H NMR in that the number of peaks indicates the number of different Carbon environments.

Benzene has a single unique environment as can be seen from a sketch of the molecule.

The molecule below has 2 different environments due to symmetry.

The following molecule has 4 different environments, again due to symmetry (but note the difference compared with the previous molecule!) 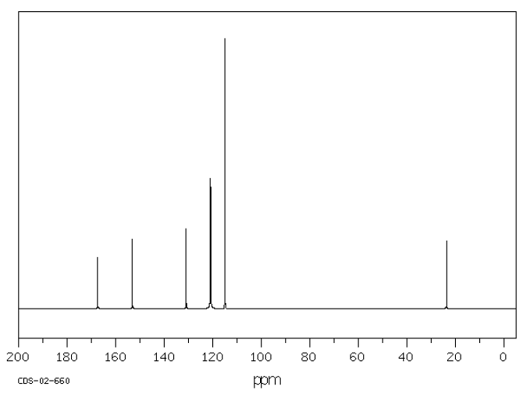 Given that the molecule is a benzene derivative, what does the number of peaks suggest about the location of the substituents around the benzene ring, as identified by NMR?

Can you find 7 structures that fit these data?

[Hint: your earlier deduction regarding the single as opposed to double IR stretch at 3300 cm$^{-1}$ will prove particularly important! It should be additionally noted that to find single Nitrogen-Oxygen bonds in compounds is unlikely due to their weakness]

The forensic scientist decides to carry out a mass spectrometry on the compound in order to help fully determine its structure. The molecular ion peak is observed at m/z 151 and two notable peaks are seen at m/z 58 and m/z 93 respectively.

Using your 7 seven structures as a guide, suggest molecular formulae for the fragments at m/z 58 and m/z 93.

Using your deductions so far, the forensic scientist has been able to eliminate all of your drawn structures except for three. Using further tests she has been able to ascertain which of the structures is correct, and knows that it is commonly synthesised from Aryl-NO$_2$.

In light of this extra information, identify which of the three molecules must be the cause of death.

After this analysis, the police were able to close the murder case with a good degree of conviction. The drug in question was identified as paracetamol. The chief inspector left with these parting words: 'Appearances may often be as deceptive as aspirations!' An investigation into the accounts of Stevenson Agricultural PLC was comissioned, and is ongoing. 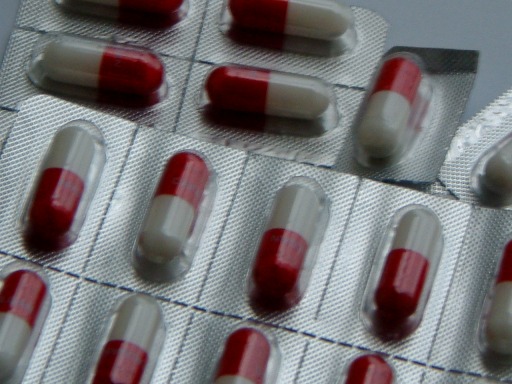