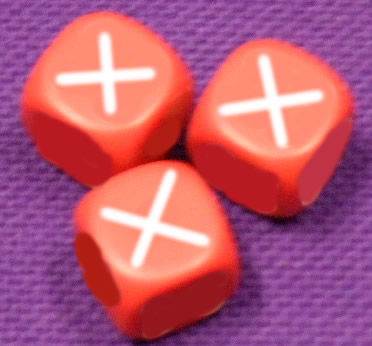 
You can prove your results using algebra or explore the problem experimentally using a spreadsheet.
Extension: Explore the notion of a 'worst' or a 'best' X-die.