A brief outline of the mathematical issues faced by chemistry students.

Can you work out how to produce the right amount of chemical in a temperature-dependent reaction?

Think about this expression. What features might make it a sensible candidate for a model of reality?

A pair of atoms are brought together and the interaction energy measured. The results are plotted in the following chart: 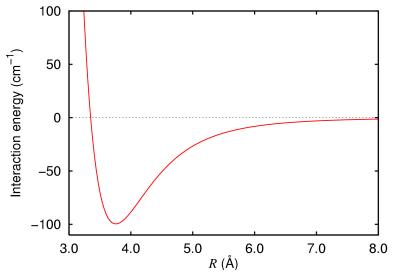 Experiment with the constants to determine how well the Lennard-Jones potential can be used to model this potential energy.

Suppose that another potential energy curve $W(r)$ was suggested as follows:

How does $W(r)$ differ from the Lennard Jones potential? Do you think that $W(r)$ could yield a good match with reality with a good choice of constants $\epsilon_w$ and $\sigma_w$?

NOTES AND BACKGROUND
John Lennard-Jones is considered to be the father of computational chemistry. This form of the potential has little theoretical justification, but sometimes matches reality to an acceptable standard. Its use greatly simplifies numerical calculations based on the inter-atomic potential.