Sketch the graphs for this implicitly defined family of functions.

Whose Line Graph Is it Anyway?

In this problem, $9$ processes, their equations and graphs have been mixed up and shown below. In each case, the two variables are represented by the letters $x$ and $y$ and the labels from the axes of the graphs have been removed.

Which can you match up? What is the interpretation of the variables $x$ and $y$ in each case?

Can you identify the physical interpretation of three key points on each of the graphs? 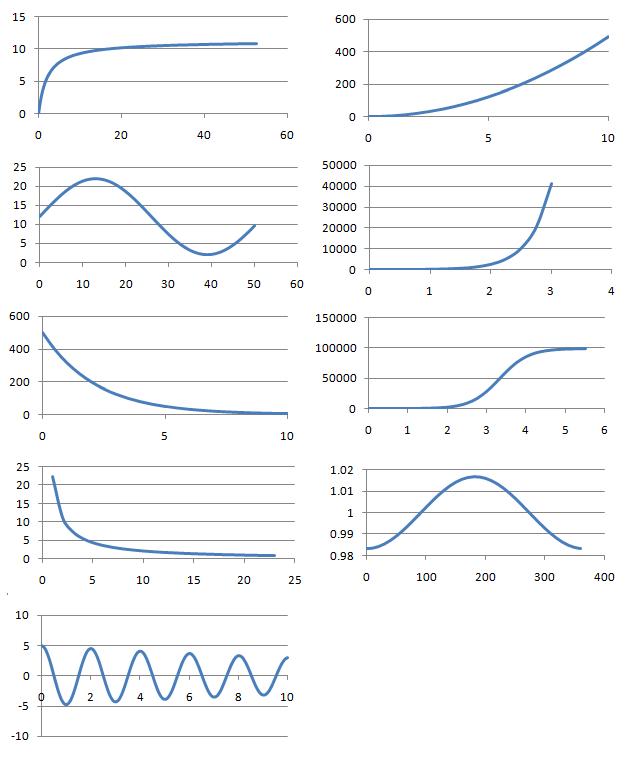 
The numbers have been carefully chosen to represent certain time/length/unit scales for particular physical phenomena. Can you deduce the reason for the choice of any of the numbers?