Can They Be Equal?

We had lots of solutions to this problem, so well done to everyone who submitted an answer!

We noticed a diagonal pattern for where the perimeter becomes less than the area.
We are still working on a solution!

Well done to Gourav from India, Radha from Stanhope, Kirstey from da Vinci College and Caitlin from Marshfield Primary who all correctly found rectangles with the same area and perimeter, such as 4x4 and 3x6.

Hannah from Leicester Girls High made some good notes on even and odd numbers:

Click here to see how Dexter from Wilson's School used diagrams to understand different rectangles and how he also used some algebra to find examples of rectangles where the perimeter is equal to the area.

Lucy from Belgium noticed visually what was happening to rectangles with whole number side lengths:

Bhavik from Queen Elizabeth's School for Boys also considered rectangles with whole number side lengths, and came to the same conclusion. Click here to see his very clear explanation of why there can only be two such rectangles where the area is equal to the perimeter.

Substituting in different values of x and y and checking the answers are correct is a good problem solving skill - well done to Krystof and Mimas who did this. Also Shashank from India drew a graph of the possible x and y values: 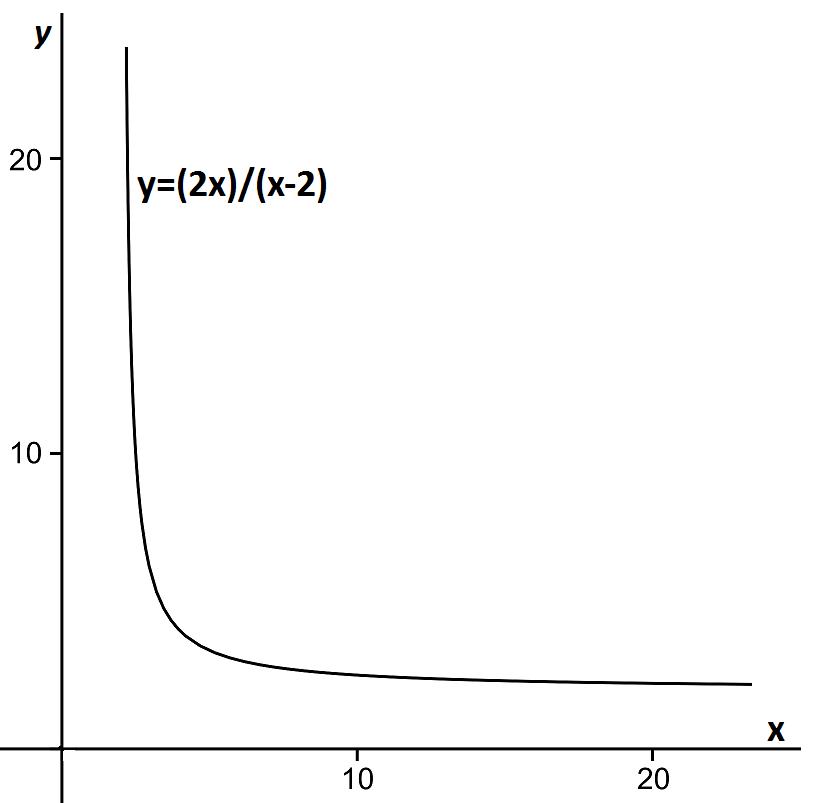 Although you can always put a number into the formula I used, $2x+2y=xy$, the end result is not always an integer.
In fact, the only rectangles like this with side lengths integers are a 3x6 rectangle and a 4x4 square.
Any other numbers substituted into the formula as x will give a decimal output for y.
For example, if you put in 5 as x, your value for y would be 10/3.

Well done to Miss Gerrard's 2BE Class from Perth High School, who noticed some interesting connections between area and perimeter:

Well done to you all.