How can you time the reaction timer?

How many trials should we do in order to accept or reject our null hypothesis?

The profile of the expected and observed distributions is 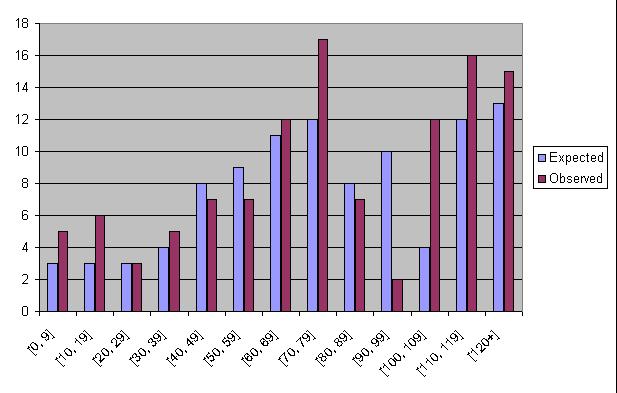 Obviously, we would want to group classes in ways which look reasonable!

We looked at these ways to group the data: 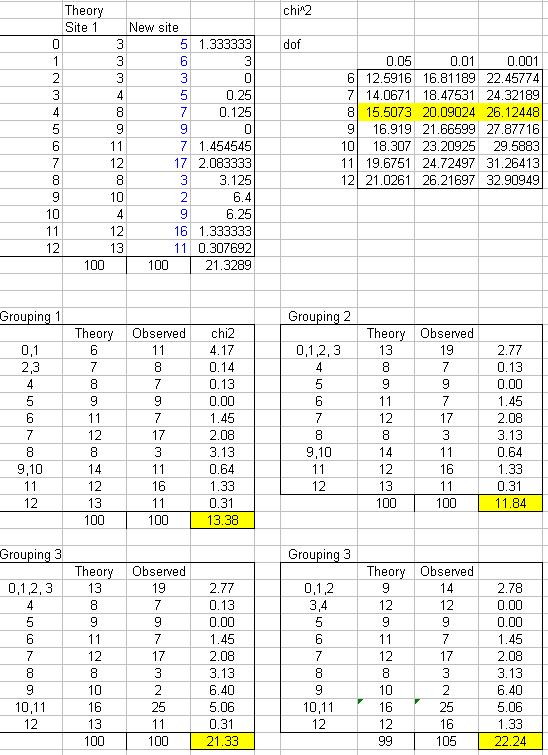