The person who sent in this solution didn't add their name, but it's a nice visualisation. 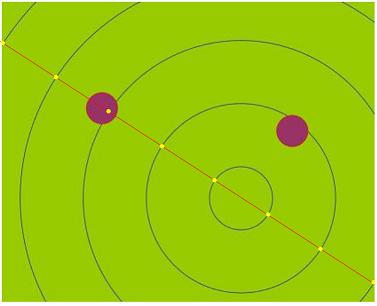 The situation is the same as the one with straight lines I have considered already. So the answer is 0.5 or d, if the gap is 1 and the coin diameter is d.
The NRICH Project aims to enrich the mathematical experiences of all learners. To support this aim, members of the NRICH team work in a wide range of capacities, including providing professional development for teachers wishing to embed rich mathematical tasks into everyday classroom practice.