How do scores on dice and factors of polynomials relate to each other?

James Bell from the MacMillan academy was the first person to crack this toughnut, with this solution. He also noted that the problem as it stood only held for positive random variables -- well spotted. Well dones James!

For the first part James cleverly used random variables which only took a single value to work out that $??$ must equal $1$:

Our task is to design a distribution such that the chance of $X$ being at least $2\sigma$ from the mean is maximised.

James first argues that a distribution which satisfied the inquality exactly must have a maximum value of $2\sigma$ by shifting probability around. Some more details would be needed for a fully convincing explanation, but the argument is in essence correct and shows very sophisticated statistical reasoning .

With this insight, James was able to search for a solution

Here is the picture: 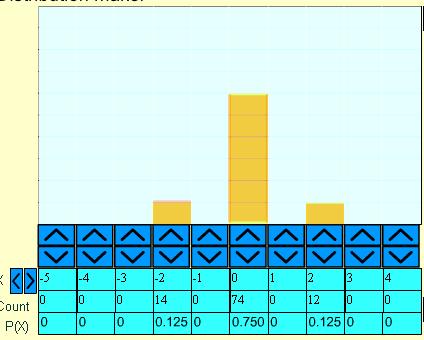