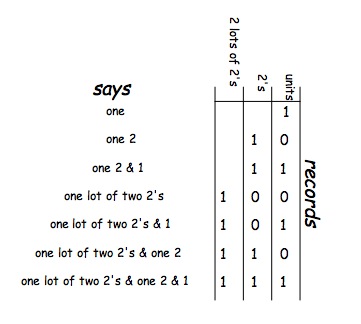 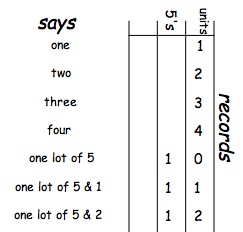 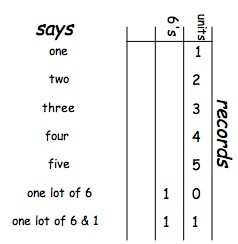 Here's a help for either checking or to set you thinking about further explorations. 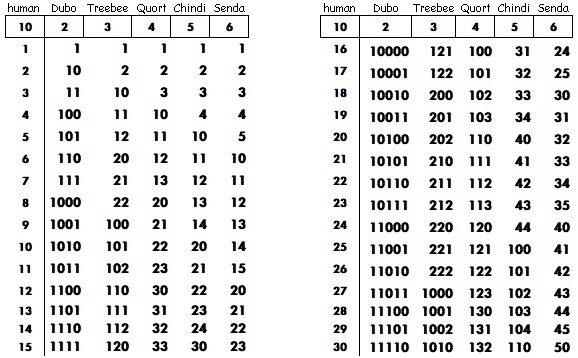 So, if we saw 1 in the unmasked window then these would be the possibilities: 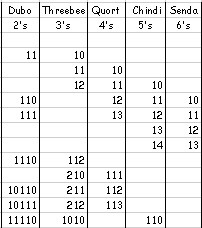 Pupils can explore all kinds of things around these five different counting methods.
You can arrange a whole period of time for being a Threebee. For example calculating and saying and recording all numbers in that style.
These different ways of counting are also known as "bases". We use base 10, and many things connected with electrical engineering use base 2.
The NRICH Project aims to enrich the mathematical experiences of all learners. To support this aim, members of the NRICH team work in a wide range of capacities, including providing professional development for teachers wishing to embed rich mathematical tasks into everyday classroom practice.