Lots of people tried out numbers and found that the result was divisible by 11 for 4 digit numbers, and some people tried numbers of other lengths.


As a result of this, Geon from British International School of Hanoi in Vietnam, Nabiha, Helen, Victor, Peter and Edric and Yusuf, Shafi and Adam from Greenacre Public School in Australia and Darcy and Travis from St Stephen's School thought that numbers with an even number of digits would give a sum that was divisible by 11, but numbers with an odd number of digits would not.

Jordan, Ryan, Stephen, Nathan, Juliana and Presley from Monarch Global Academy sent in a solution that gives an insight into why it works for 4 digit numbers:
We agree that all whole four-digit numbers will add to a sum that is divisible by 11. Decimals will not.

All of the other examples we tried were too.

You will always have at least two of the same digit in each problem because you are just moving the digits in the original number around.


Thomas, Nathan, Max from Longsands Academy used the same method, but with letters to represent the digits:
First of all, we tried to disprove the statement given. We found out that it was true. After we decided that that it was true we tried symbolising the digits as letters. Starting off with ABCD. We thought about place value that the numbers held and once the place value had been shifted. It looked like this:
ABCD
+BCDA

I did some other digit-numbers in my own time and I came to conclude that if you're doing the sum for numbers with an even amount of digits, then the answer will be a multiple of eleven. If the numbers have an odd number of digits, then the answer will not be divisible by 11. Therefore, if you used a 38-digit-number, the sum would be divisible by 11.

Thus, as two multiples of $11$ sum to a multiple of $11$, we can prove that for an $n$ digit number, WHEN $n$ IS EVEN, if you add the original number to its permutation you will always get a multiple of $11.$ Finally, QED 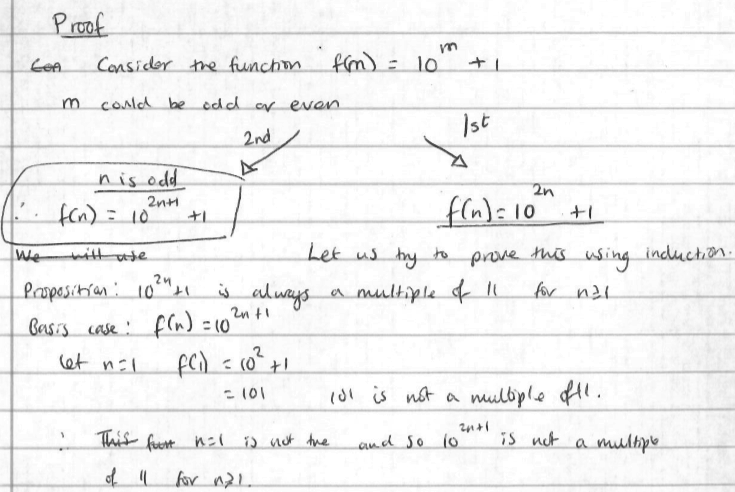 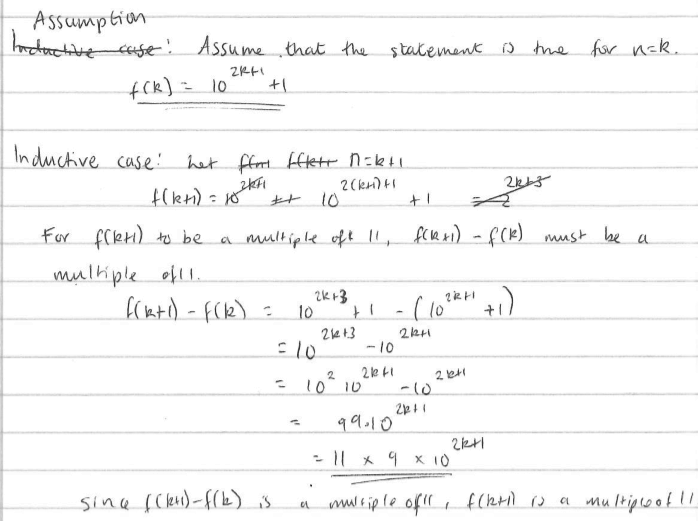 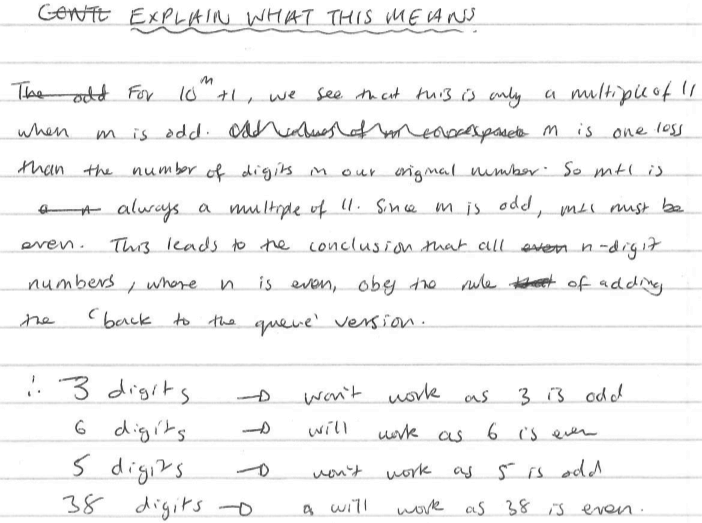 Navjot from Sherborne Qatar wanted to prove that $10^n+1$ is divisible by $11$ if and only if $n$ is odd, and began a very brave proof using logarithms. Kevin also bravely attempted to prove the 4 digit case (that rearranging the digits and adding gives a multiple of 11) by induction. Both proofs include very good work, but both have a flaw.
Click here to see Navjot's proof with the flaw explained
Click here to see Kevin's proof with the flaw explained
Well done to both of you for following your curiosity and applying different techniques to create a proof.

Another way to determine when $10^n+1$ (or any other number) is divisible by $11$ it is by using modular arithmetic, which is introduced in this article. To do this, you need to read up to (and including) the section on multiplication, and then try writing the powers of 10 in modulo 11. (You can also use this technique to find out how Jack's divisibility test works).