This problem was more complicated than it first appeared! We had this solution sent in from Dhruv, who is homeschooled in the UK: 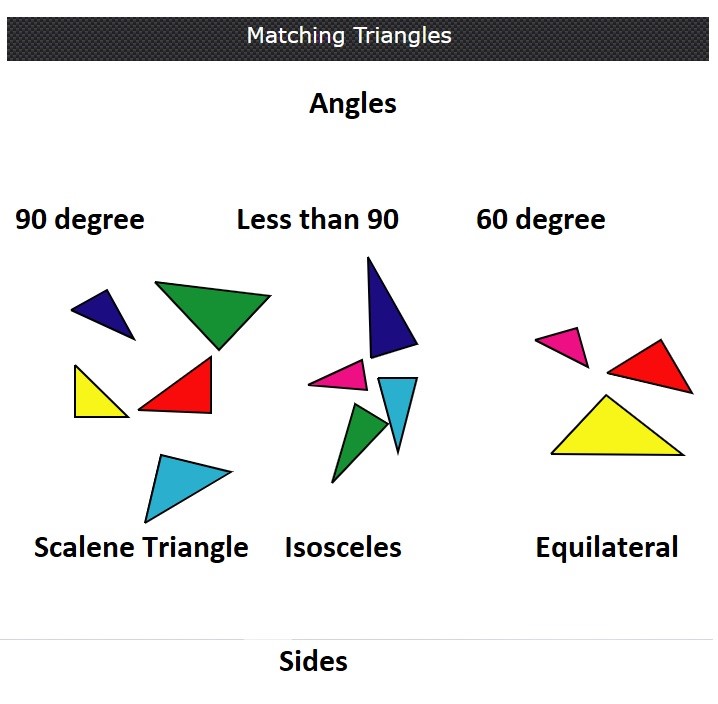 Dhruv has looked at the angles within each triangle, and has also labelled the three groups according to whether they are equilateral, isosceles or scalene. Well done Dhruv, you're correct that the triangles in the middle group have angles which are all less than 90 degrees! The triangles on the left do each have an angle of 90 degrees, but they aren't all scalene. Can you see which ones belong in the group on the right instead?

Harry from Copthorne Prep School in the UK sent in a picture of his three families of triangles, with some thoughts: 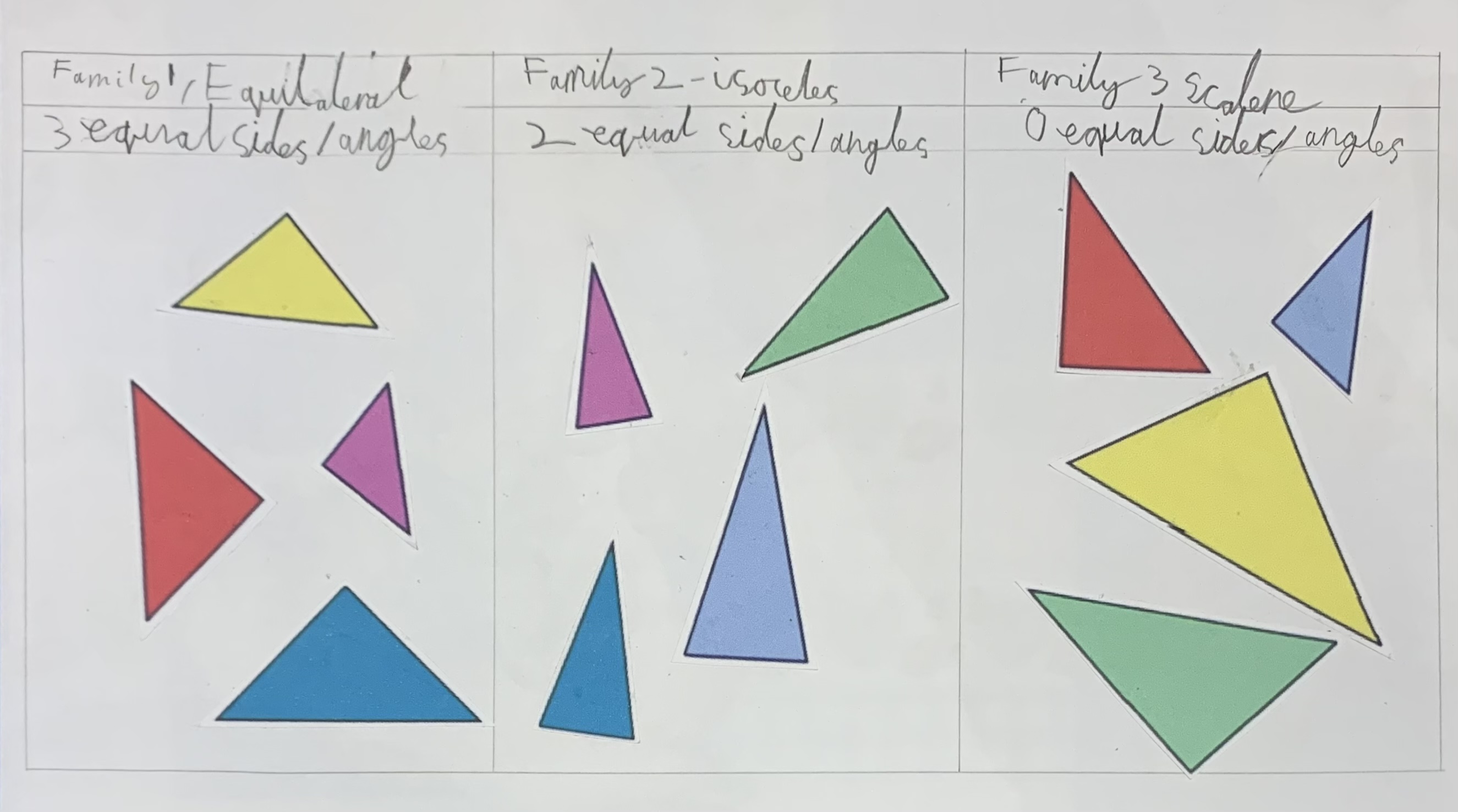 First Harry thought of sorting the triangles by colour but noticed that would give more than the three families specified. He then remembered he’d heard of an equilateral triangle that had equal sides and identified 4 from the selection that had equal sides. Harry then looked at the remaining triangles and identified a group of tall, thin triangles. On closer inspection they had two sides equal in length.
The final four therefore had to be the third family. They didn’t appear to have any sides of equal length.
We discussed whether length of the sides was the only ‘same’ thing about the equilateral triangles. Harry remembered that the internal angles must add up to 180 degrees and the angles all looked the same in this triangle meaning they’d be 60 degrees each. It wasn’t so easy to be able to say what the angles on the other types would be, but they would all always total 180 degrees.
Harry looked into what names the other types of triangle families might have and learned the triangle with two sides the same is called Isosceles and the triangle with no sides the same is called a Scalene triangle.

Good ideas, Harry! These three groups are the families that we were thinking of, but I'm not sure that the triangles in the group on the left are equilateral triangles. How could I check?

There are no equilateral triangles because they do not ever have any right angles and none of those triangles had the same sides and angles.

Well done Emily, those are the correct labels for the three families!

Which way round would those three labels go on Harry's diagram?