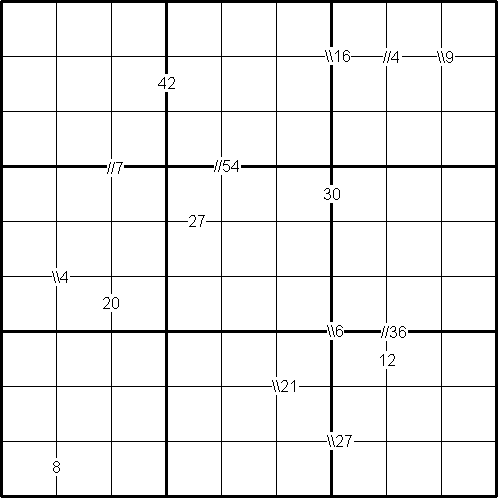 Like the standard sudoku, this sudoku variant has two basic rules:
The puzzle can be solved with the help of small clue-numbers which are either placed on the border lines between selected pairs of neighbouring squares of the grid or placed after slash marks on the intersections of border lines between two diagonally adjacent squares.