Well done Amelia and Kahlia from Ardingly College, Lauren from St. Matthew's School and Kate from Orston Primary for realising that the pattern would continue indefinitely.

Kahlia reminded us that

"Triangle numbers are numbers which can form a triangle."


And Kate noticed that:

Paul offered another way to think about it: 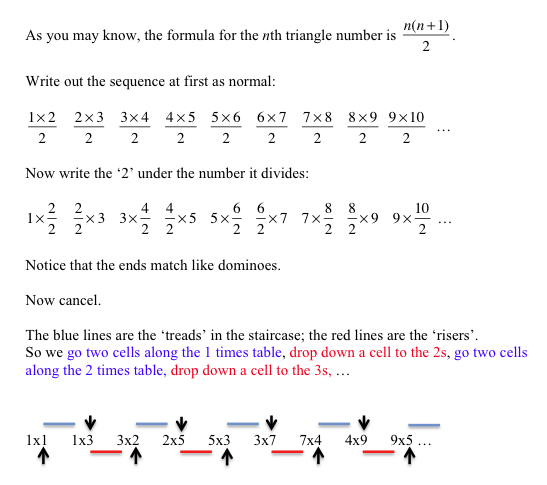