What are the coordinates of this shape after it has been transformed in the ways described? Compare these with the original coordinates. What do you notice about the numbers?

A shape and space game for 2, 3 or 4 players. Be the last person to be able to place a pentomino piece on the playing board.

We had lots of solutions to this problem but not many of you told us how you got your solutions. Luis and Freddie, who go to Newton Prep, sent in well-explained solutions. Here is what Luis wrote:

Many children from Stradbroke Primary School sent an image of their solution. Here is George's:

Rose and Thomas from Minterne Junior School wrote the following

We had the following solution come in from Writtle Junior School in Essex. Reggie, Esther and Emily want to share this:- 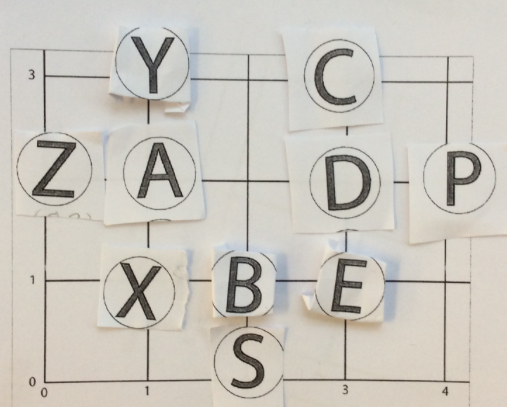 Well done,all of you  for giving such clear descriptions as to how you came to your answer.