I printed the shapes and traced them on squared paper. Then I counted the squares inside each shape. I counted half and whole squares. I found two 16s and arranged them in order from 11 to 20. Please see the picture:

1. I printed out the shapes and cut them.
2. I drew the shape on a square grid paper by placing the cut-out shape on it and drawing around it.
3. I put dots in each square inside the shapes so I could count them.
4. I wrote down the total counts of each shape.
5. Finally, I arranged the numbers in order starting from lowest to highest. Lowest number means smallest in size and highest number means the largest in size. I have attached a picture for reference:

We had three submissions from Lutton St. Nicholas:

Maisie
We used a ruler to work out the perimeter and in the middle of the shape wrote down the total in the middle.
Then we put them in order from smallest to largest. 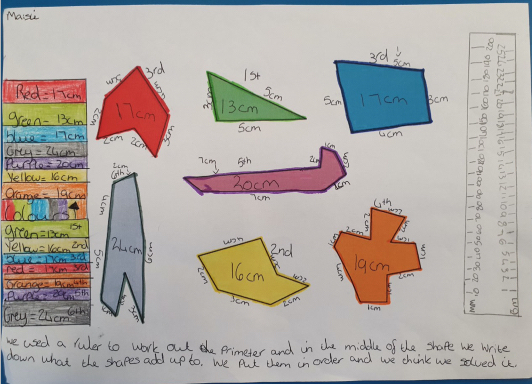 Evie, Ellouise, Ebony, Inca, Sienna
We calculated the perimeter of each shape using a ruler.  This then led us to conclude the red and green were smallest, and the grey was the largest. 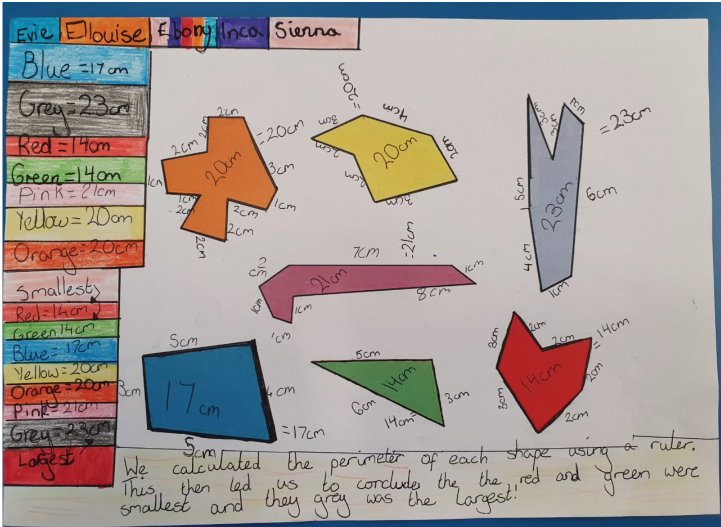  
Kacey, William, Mikey
We traced the shapes on a squared piece of paper and counted the squares to find the area.  Then we ordered them from smallest to largest.

We had the following pictures of solutions from The International School of Brussels: 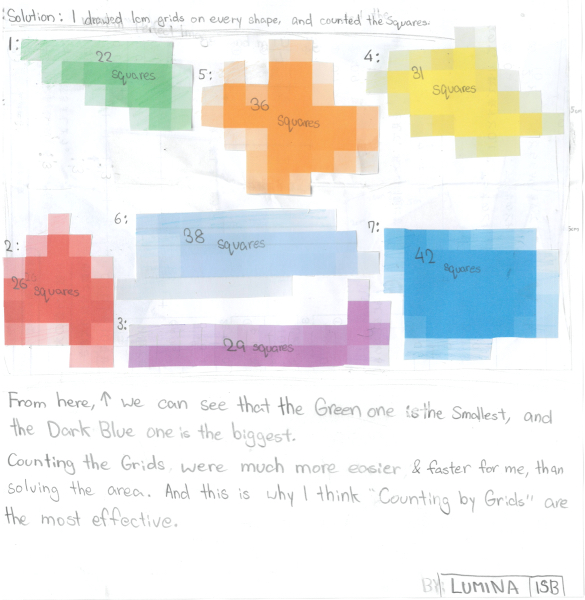 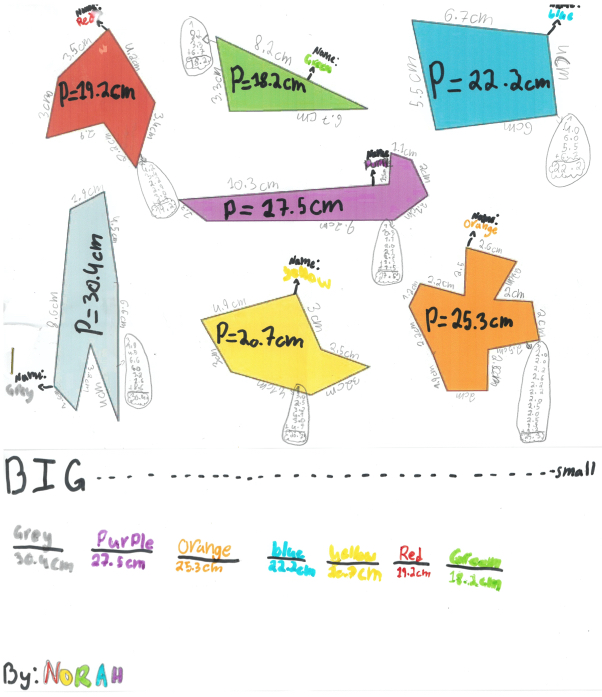 Thank you for these. I wonder if there are any other ways of assessing their sizes...
Practical Activity. Working systematically. Investigations. Visualising. Squares. Length/distance. Time. Perimeter. Triangles. Area - squares and rectangles.
The NRICH Project aims to enrich the mathematical experiences of all learners. To support this aim, members of the NRICH team work in a wide range of capacities, including providing professional development for teachers wishing to embed rich mathematical tasks into everyday classroom practice.