There are nine teddies in Teddy Town - three red, three blue and three yellow. There are also nine houses, three of each colour. Can you put them on the map of Teddy Town according to the rules?

We had just a few solutions sent in for this task.

Monty from the British School in Brussels in Belgium said:

I decided to use the grid mode and count the squares in order to work out the ratios. Here are some of my answers: 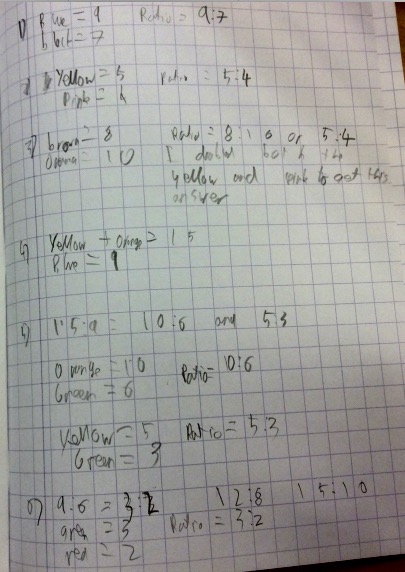 Gianna, also from the International School of Brussels in Belgium sent in this good piece of work: 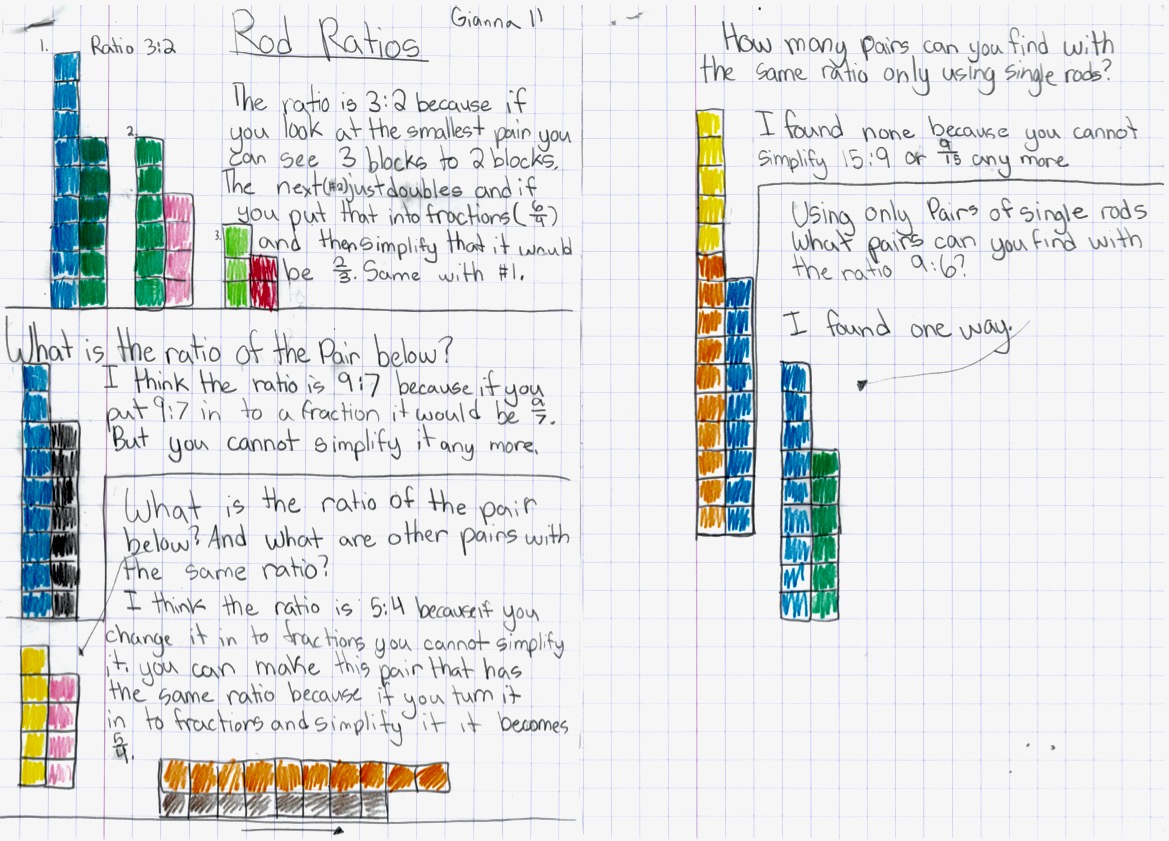 Well done also to Isis (South Island School), Rohaan (Long Bay Primary) and Samantha (The Hamlin School) for completing this task! Samantha explained how she manged to find a pair with the same ratio as the yellow and pink rods:

The pink rod had 4 units and the yellow one had 5 units. This meant that they had a ratio of 4:5. I then needed to find a like ratio. This can be done by multiplying both numbers in the ratio by the same number. In this case the number had to be 2 because the longest rod is 10 units. So the 8 (brown coloured) and the 10 (orange coloured) rods would have the same ratio as the 4 (pink coloured) and the 5 (yellow coloured).

She also found pairs with the same ratio as the combined yellow+orange to blue:

Finally she noted that the rods with the same ratio as 9:6 have already been given!
The ratio of 9:6 can be simplified to the ratio 3:2. The possible combinations with rods for that ratios are shown at the start of the question!

Thank you to all those who sent in their work, thoughts and ideas.