We received many messages about this problem.  Solutions arrived from students attending schools and colleges worldwide, including Wilson's School and St Paul's School in the UK, Lancing College, Zydus School in India, Heckmondwike Grammar School, PSBBMS in India and the Frederick Irwin Anglican School in Australia. We also received a solution from Scout, but do not know their school.

Well done to everyone who submitted a solution explaining which game you would choose, we enjoyed exploring your mathematical thinking and reading about your investigations using the interactivities.

Zavya and Jasmine, from Heckmondwike, submitted their ideas after 'multiple tries' exploring our interactivity:

We came to the conclusion that Game 1 had a higher probability as opposed to Game 2.

Most, but not all of you, agreed with them that Game 1 should be viewed as the better choice.

Here are some thoughts from Tessa and Elizabeth from Frederick Irwin:

The best choice to play would be game one because the chances are higher for flipping two heads and tails than spinning a 6 on a spinner. We used the simulator and flipped and spun 100 times and the coins had more points.

Bella, also from Frederick Irwin, also thought that Game 1 was the better choice:

Kushal from Hymers College in the England considered what would happen after a large number of games.

Keya from Zygus School in India, Homare from Wimbledon High School in the UK, David from the UK, Eric from Lakerigde in the USA and Sanika N from PSBBMS in India used a similar idea to work out the average win from game 1. This is Keya's work:

Homare did the same thing for game 2 (talking about dice, rather than spinners, but the maths is the same):

Eric and Sanika both used a longer method to get the same result for Game 2. This is Eric's work: 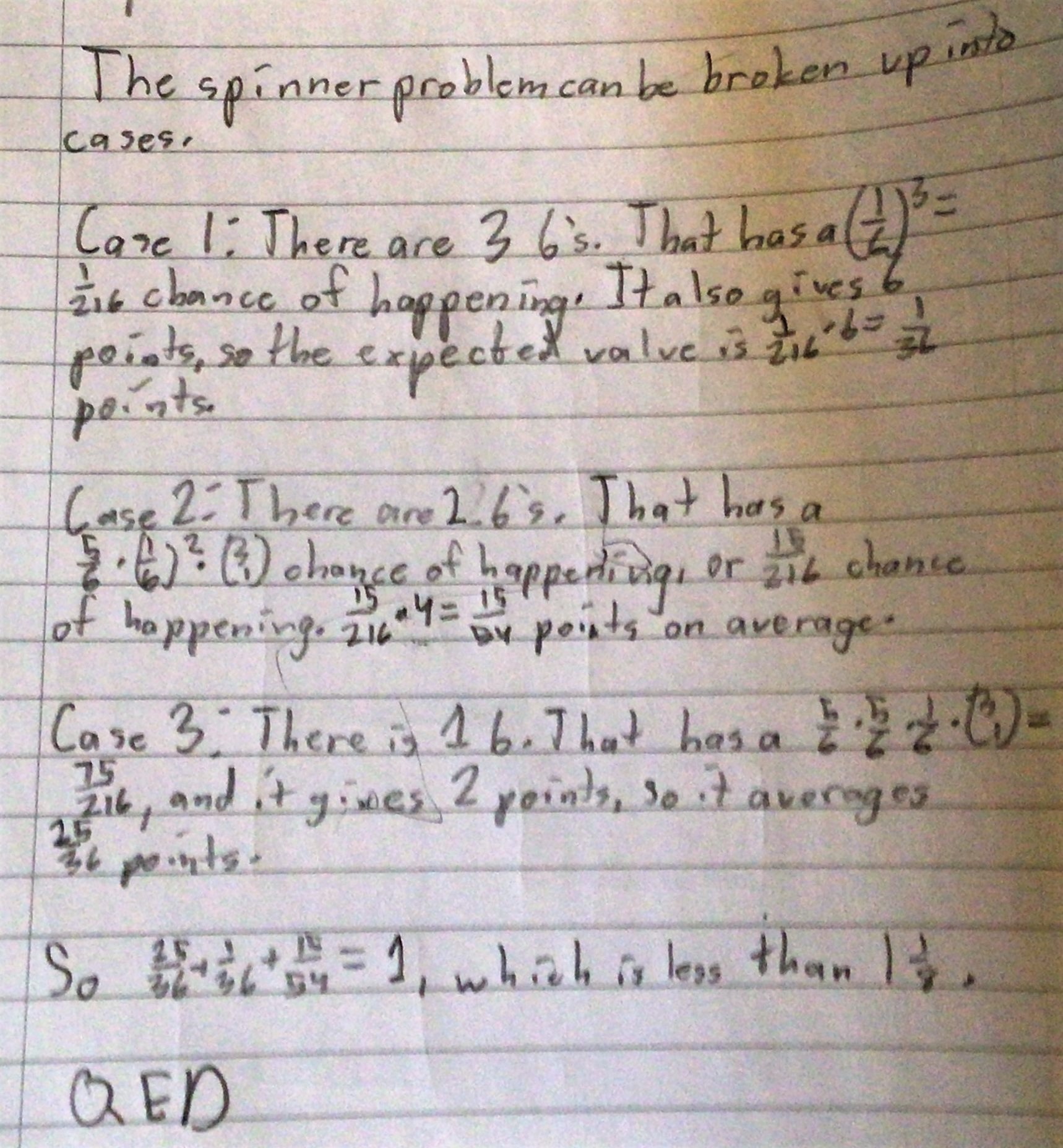 Sanika's work is longer and considers each spinner separately. Click here to see Sanika's work on the coins and the spinners, including an exploration of what happens if it costs one point to play each game.