Daniel from Bayside School in Gibraltar and Sanika P from PSBBMS, OMR in India used probability directly. This is Daniel's work:
There are 6 positions that a ball can take, and out of those 6, 3 are corners.

To lose, you must end up with no red ball in a corner, and for that to happen, the 3 non corner spaces must each be taken up by a red ball.

For 1 red ball to take up a non corner space, the probability is $\frac36$


Layla and Tamara from Frederick Irwin Anglican School in Australia counted the number of winning arrangements:
You want to start by deciding and experimenting with however many different possibilities there is for the red balls to settle in. To help with this we tried mirroring and reversing patterns to make more. We came up with the answer of 18 different positions. You must then figure out how many of those positions can no red balls be in the corners. The answer to that is only one position! So the formula would be approximately 1 in 18 tries that you would lose the game. 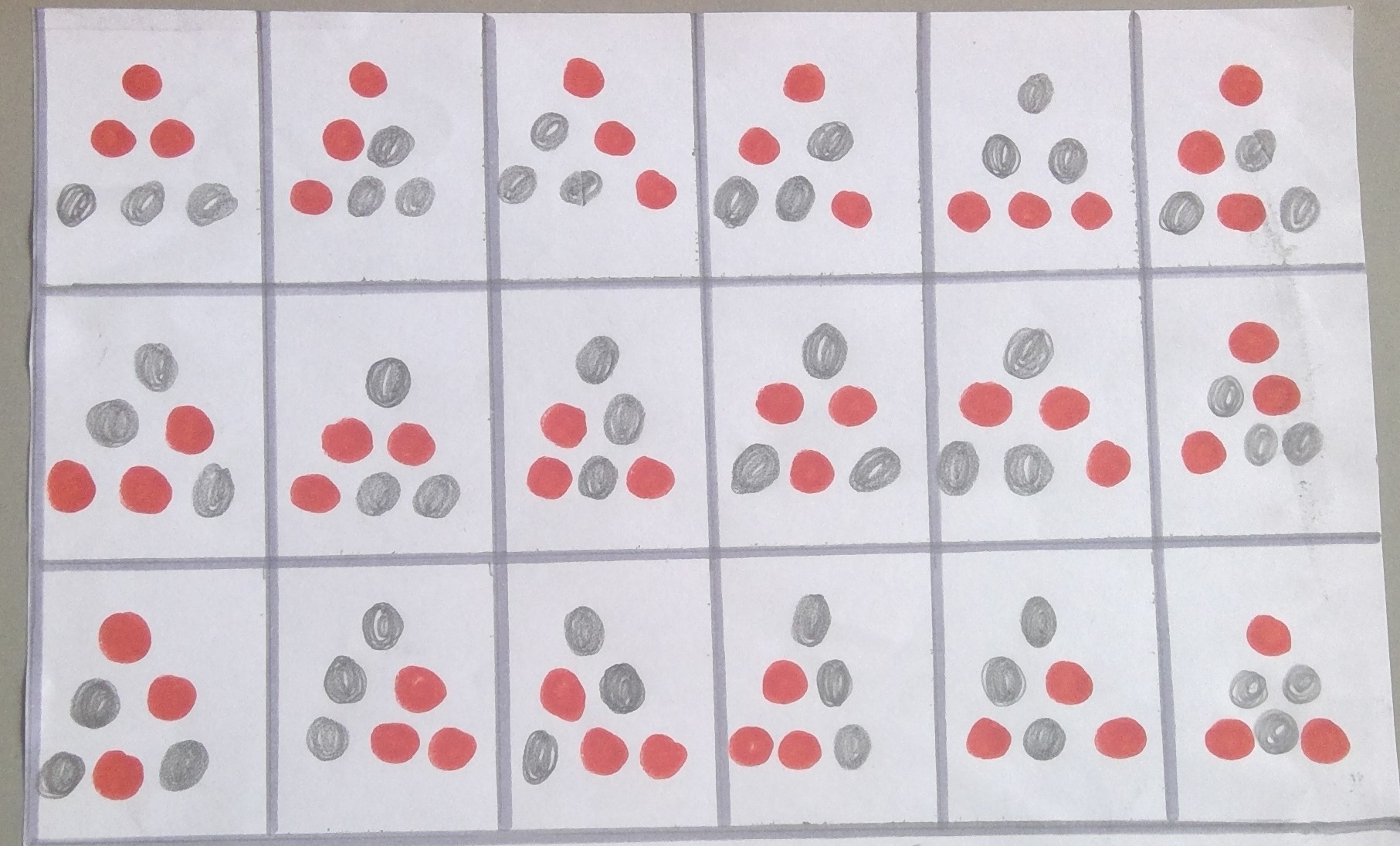 Layla and Tamara got 1 in 18 instead of 1 in 20 beacuse there are two arrangements missing:

Using a systematic counting method like the one below can help us be sure there aren't any more missing:
red in 0 corners


Jacob from Acland Burghley in the UK used factorials:
I already know that to work out the number of ways of arranging a number of colours or in this case counters is the factorial of that number.

The red tiles aren't interchangeable because when it is shuffling they are kept independent. With these two facts I know there are $720$ arrangements ($6!$).