Ruby and Emma from Yewdale Primary in the UK estimated the numbers of wins they would get by thinking about winning combinations:
2 discs- out of 1000 we got 490 wins which is 49%- We predicted 45% to 55% as there are 4 possibilities and only 2 of them give you a point.

Mahdi from Mahatma Ghandi International School in India showed the 4 combinations as an image, and calculated a probability: 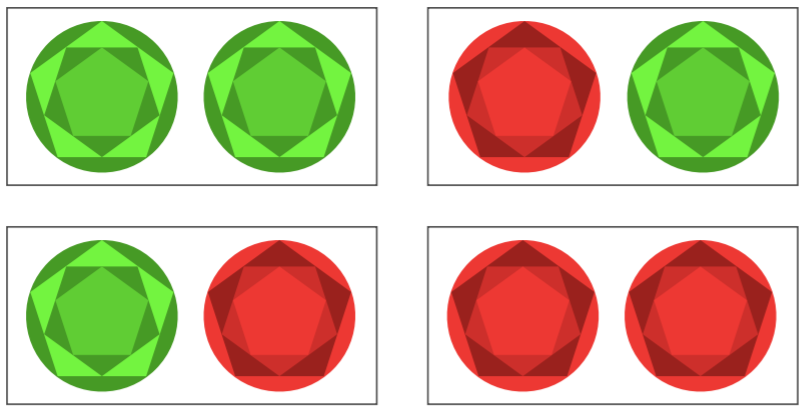 From the 4 possible outcomes only 2 are valid.

Atharva from Wilson's School used the same method, and concluded:
So you should win 50% of the time.


This is the rest of Ruby and Emma's answer. They made mistakes finding the numbers of possibilities, but their answer is still correct in principle:
3 discs- out of 1000 we got 311 wins which is 31.1%- We predicted 20% to 30% as there are nine possibilities and again only 2 of them give you a point.

The pattern is that whenever the numbers of discs are bigger, the percentage decreases.

Sanika P from PSBBMS, OMR in India, Mahdi and Atharva all continued listing the possibilies. This is Sanika's work for 3 discs:

Among these, the first and the sixth (2) combinations are considered as wins out of the 8 possible outcomes.

This is Mahdi's work for 4 discs: 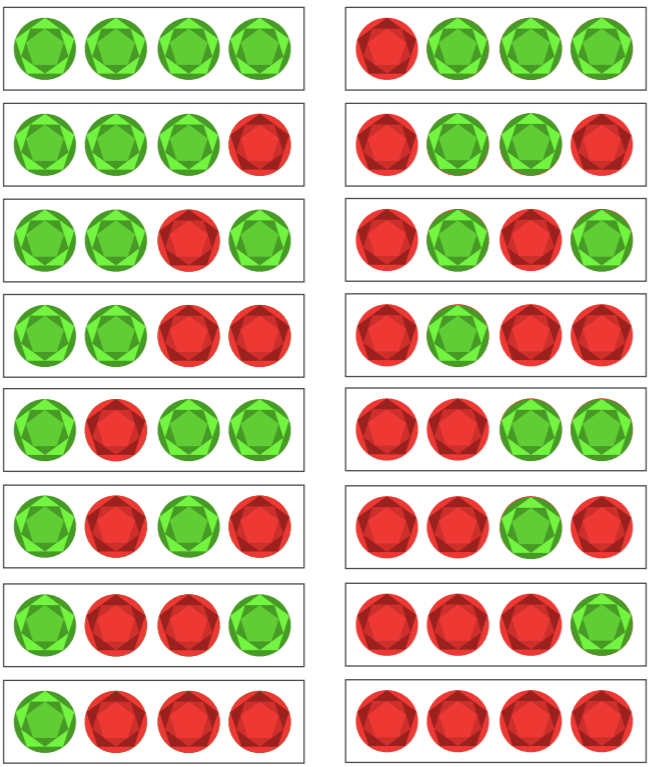 From the 16 possible outcomes only 2 are valid.

Can you see how this follows from Mahdi's image? If you ignore the last disc in each image, the possibilities for 3 discs all appear twice - so the number of possibilities doubles each time you add another disc. How is that related to Atharva's pattern?


Ahan from Tanglin Trust School in Singapore, Mahdi and Sanika found the same pattern but described it in a different way. Sanika wrote:
By extending this is $n$ discs
$D_1,D_2,...D_n$     Each of the discs can have $2$ possible states - Red or Green. So the total [number of] possible outcomes [is] $2^n$