Cong who goes to St. Peter's RC Primary, Aberdeen, sent in a good solution to this problem. The key to answering it is to be sure you know what you mean by "different" triangles. Cong found 7 different triangles could be drawn on the nine-pin board which he drew:

He also sent in a table which gave some more information about each triangle:


Richard, a teacher from Cliff Lane Primary School, sent in the following:

There are 28 triangles to be made.
My class started by drawing the triangles from one peg. There were 7 possible triangles connecting peg 1 and 2, keeping that first short line constant.
They then kept peg 1 the same and connected it to peg 3, keeping this constant. They were able to make triangles using pegs 4, 5, 6, 7, 8 and 9. This results in 6 possible triangles.
They repeated for a constant line from peg 1 to peg 4 and found 5 triangles. They recognised the following pattern:

The next two solutions looked at a way of getting all the triangles by getting a series of numbers connected to the 9 points.


Here is Tiffany's, then Claire's, work from Citipointe Christian College in Australia: 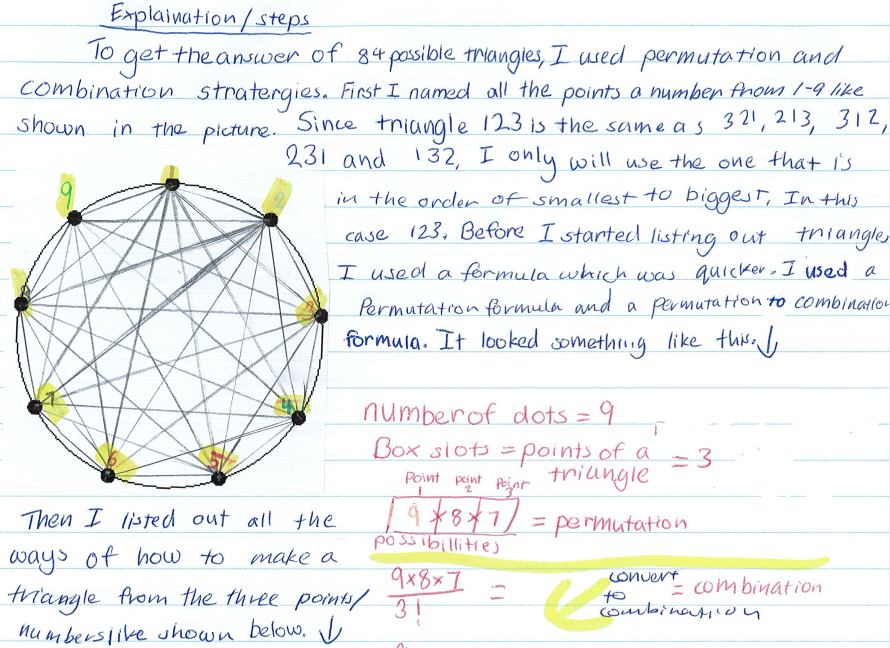 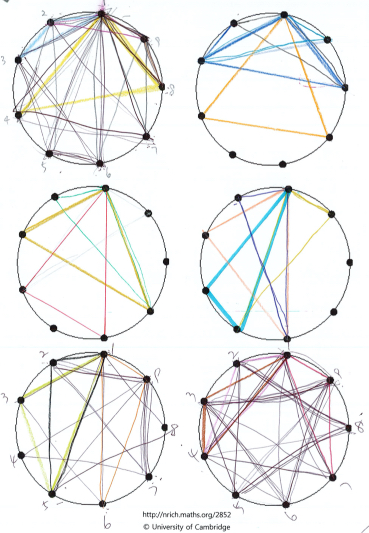 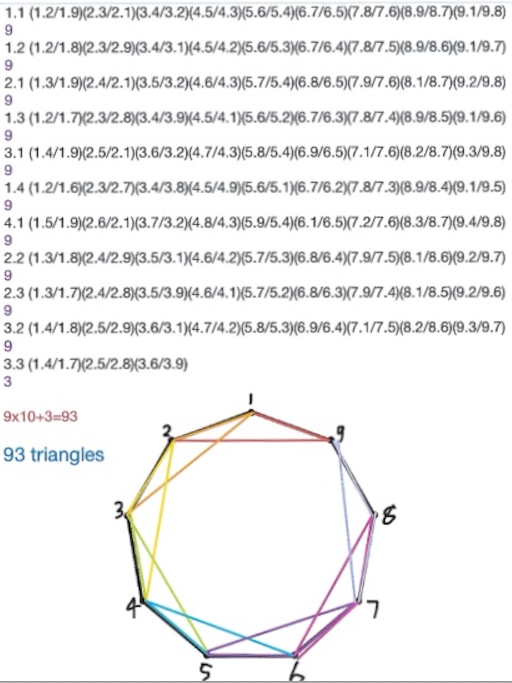 Jiwoo and Sushi then Harry, Judy and Mai from The British International School Ho Chi Minh City in Vietnam sent these in: 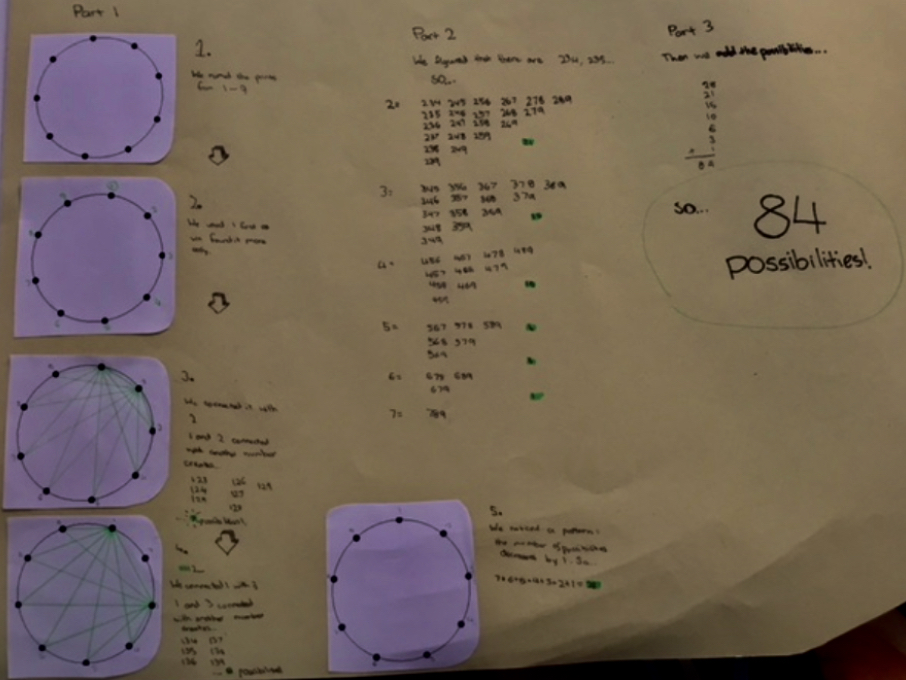 Thank you for these excellent thoughts and conclusions about this task, we hope to see you send in more solutions in the future.
The NRICH Project aims to enrich the mathematical experiences of all learners. To support this aim, members of the NRICH team work in a wide range of capacities, including providing professional development for teachers wishing to embed rich mathematical tasks into everyday classroom practice.