A game for 2 players that can be played online. Players take it in turns to select a word from the 9 words given. The aim is to select all the occurrences of the same letter.

This article invites you to get familiar with a strategic game called "sprouts". The game is simple enough for younger children to understand, and has also provided experienced mathematicians with significant food for thought.

Thank you to everybody who sent in their ideas about this activity.

Saanvi from Newcastle under Lyme Prep School in the UK sent us this explanation:

For this problem, I think it is easiest to imagine it as a square piece of paper. If you fold the paper in half diagonally, then there is a 180° angle in the centre. Fold it in half again (dividing the page into quarters), and there is a 90° angle in the middle. This will work on every square.

This is a good idea, Saanvi - sometimes making a model out of paper makes it much easier to see what is happening.

Ananya from Halstead Prep School in England agreed that the lines would always meet at 90°. Ananya gave this reasoning:

Well done for using the facts you know about angles in a triangle to justify why the third angle must be 90 degrees!

Haleema and Fern from Pierrepont Gamston Primary School sent in similar solutions. Fern thought about the angles made by the diagonals of a rectangle, and she sent in this picture: 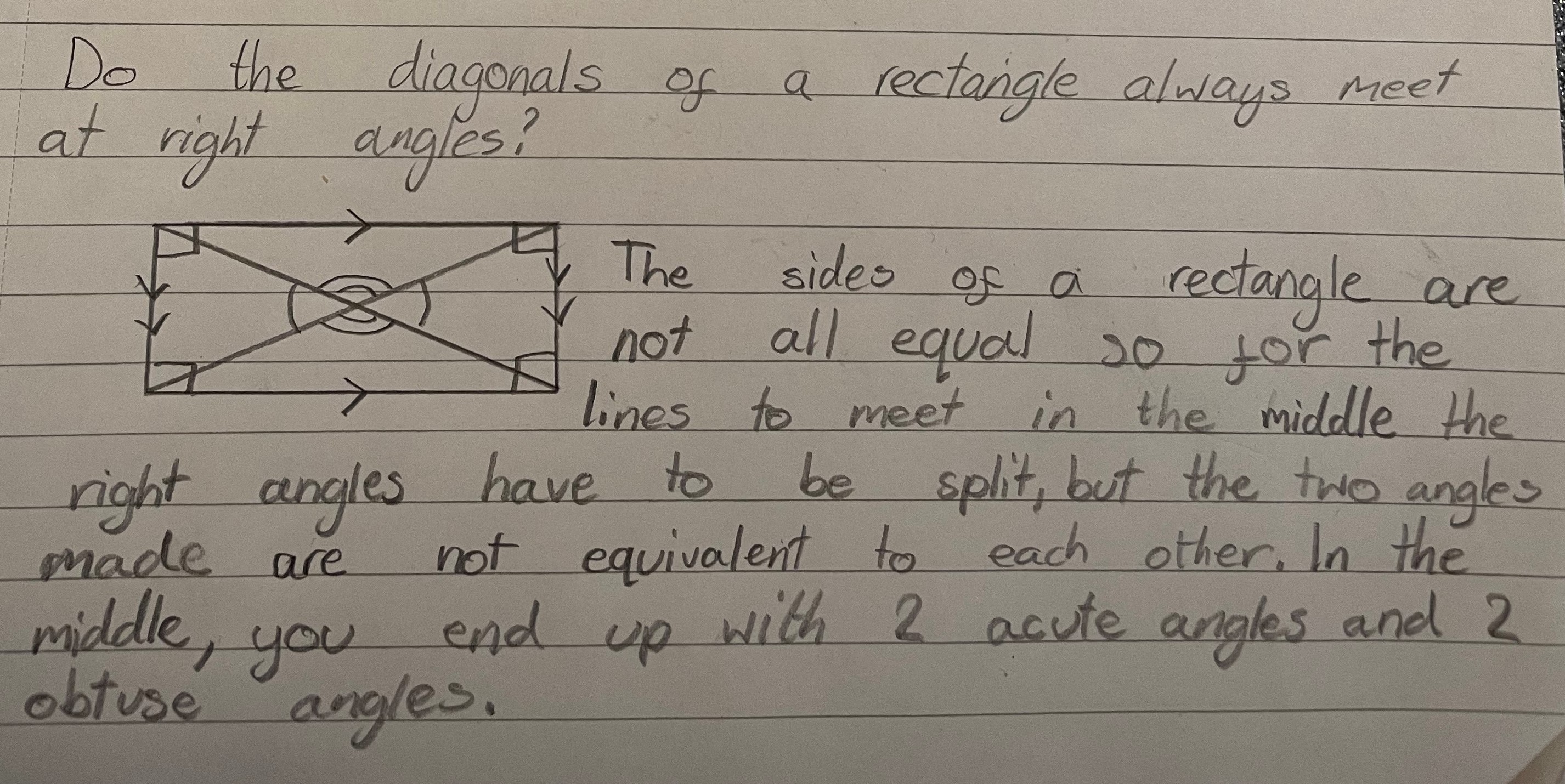 Good ideas! Fern says that the diagonals of a rectangle will make two acute angles and two obtuse angles. I wonder if we can notice anything interesting about those angles from Fern's picture?

Prayaan from King's College Junior School in the UK also began to think about the angles made by the diagonals of a rectangle. Have a look at Prayaan's full solution to see his ideas. I particularly like the diagram showing which shapes are special types of which other shapes, although I think triangles should be in the polygon section.

We also had similar solutions sent in from Dhruv at St. Anne's RC Primary School in the UK, from Ci Hui Minh Ngoc at Kong Hwa School in Singapore and from the children at The Sterling Hall School. Well done to everybody who had a go at this activity!