This article is based on one written by Helen Joyce who was Editor of Plus. You can read the full version here.

For centuries, thinkers have pondered the origins of mathematical thinking. How come humans can do maths at all? And what is maths? Is it discovered, or invented? And more prosaically, how should it be taught? 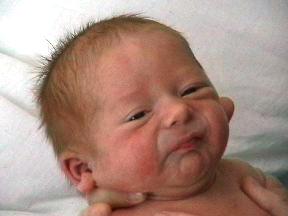 In recent years, the science of neuropsychology has brought researchers nearer to the heart of these questions, and given us some surprising insights into the way our brains work. Brain scans and carefully planned experiments on very young children - even newborn babies - have put it beyond all doubt that the fundamentals of mathematical thinking are innate to human beings. Watching the gaze of tiny babies can reveal a great deal. A baby looking away is showing signs of familiarity or boredom, whereas one staring intently is indicating surprise or interest. Researchers can use these observations to tell what expectations babies have in different situations and when those expectations aren't met.

"We are born with a core sense of cardinal number," says neuropsychologist Brian Butterworth. "We understand that sets have a cardinality, that is, that collections have a number associated with them and it doesn't really matter what the members of that set are." Cardinality is the quantity of the set and is based on mapping. In the diagram below, one circle is taken at random and given the number 1. Another is then selected and given the number 2 which is next in the sequence. One more is taken and assigned the next number, 3 and so on.

Butterworth goes on to explain: "Infants, even in the first week of life, notice when the number of things that they're looking at changes. If you show babies two things and then another two things - you can change what the things are and vary lots of the visual features of these two things, so it's not that you're showing them the same thing over and over again - they gradually lose interest and start to look away for longer and longer periods."

Impressive as this ability is, newborn babies are even more mathematically accomplished. They have arithmetical expectations, says Butterworth. "If you show a baby that you're hiding one thing behind a screen, and then you show the baby that you're hiding another thing behind the screen, the baby will expect there to be two things behind the screen, and will be surprised if this expectation is violated."

So even before babies can focus their eyes, they will be surprised to see a sum with the wrong answer! These core abilities, which Butterworth calls the "number module", may be the foundation of everything we learn about mathematics later in our lives. 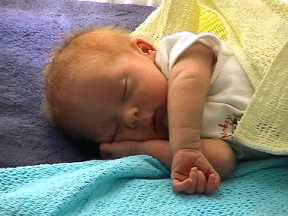 Butterworth, however, is suggesting that mathematical aptitude pre-empts any knowledge of linguistics. Newborn babies, commonly thought to be incapable of anything but eating, sleeping and crying, are actually budding mathematicians. We arrive in this world hardwired with basic number abilities, and very probably everything we learn later in life about mathematics builds on this fundamental core.

For this article Helen interviewed Brian Butterworth, Professor of Cognitive Neuropsychology at University College, London and founding editor of the academic journal "Mathematical Cognition". He has taught at Cambridge and held visiting appointments at the universities of Melbourne, Padua and Trieste, MIT and the Max Planck Institute at Nijmegen. He is currently working with colleagues on the neuropsychology and the genetics of mathematical abilities. You can find out more at his website www.mathematicalbrain.com.