A paradox is a statement that seems to be both untrue and true at the same time. Another way of saying this is that a paradox seems to contradict itself, even though it appears to be based on facts and logic. Paradoxes are sometimes used in mathematics as interesting puzzles, but they are also useful because they show how it is important to make sure there are no loopholes in mathematical arguments. They also show that you shouldn't believe that a statement is true until you have carefully thought about the mathematics.

Achilles and the Tortoise

In the 5th century B.C. Zeno used his mathematical knowledge to develop this famous paradox. 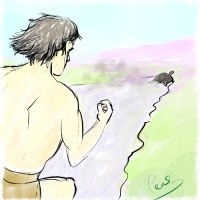 Is his thinking correct? What do you think would happen as the race went on?

Here's another of Zeno's paradoxes. (To think about this one you need to know that in geometry a 'point' is thought of as a 'location' or an 'idea' rather than a 'thing', so it doesn't really have any size. You also need to know that a 'line segment' is a piece of a line and can be measured).

If a point has no size, then adding another point to it will still have no size. So you can never make an object of any size by joining points. However, if a point does have size, then a line segment must have infinite length because it is made up of an infinite number of points.

This is a more modern one for you to think about. 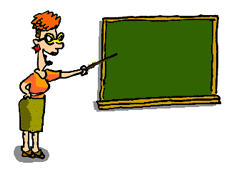 A teacher tells her class that there will be a test given on one afternoon next week. She also tells them that they will not know which day until they are told on the morning of the test.

Why can't this test be given as a surprise?

(Hint: Start by thinking why the test couldn't be given on the Friday, then think backward through the week).