Peter wanted to make two pies for a party. His mother had a recipe for him to use. However, she always made 80 pies at a time. Did Peter have enough ingredients to make two pumpkin pies?

Sam's grandmother has an old recipe for cherry buns. She has enough mixture to put 45 grams in each of 12 paper cake cases. What was the weight of one egg?

A 750 ml bottle of concentrated orange squash is enough to make fifteen 250 ml glasses of diluted orange drink. How much water is needed to make 10 litres of this drink?

Well done to everybody who had a go at this activity. We had a few solutions suggesting that the caretaker should just go to the top of the tree and measure the height that way, but we're really looking for solutions that suggest how we could estimate the height of the tree without measuring it.

I think Mo's solution would work best because when you measure the length of the shadow of the tree, you get the same result as you would if you measured the height of the actual tree.

Good idea, Phoenix. Does it depend on how high the sun is in the sky? Could you use the cane to help you check if the length of a shadow is the same as the length of the object?

Nico also thought about how the caretaker could use the shadow of the tree to work out the height. They said:

Well explained, Nico! The problem with your idea for how to get a 45 degree angle is that the sun isn't always directly overhead at 12 midday - if it was then this would be a good way of estimating the angle. Could you use either Mo or Sam's method to help you get the shadow at a 45 degree angle?

Tianchen from Pierrepont Gamston Primary School sent in this explanation:

What do I know?

How do I work out the height of the tree (DE)?

Substitute the known values into the equation above. 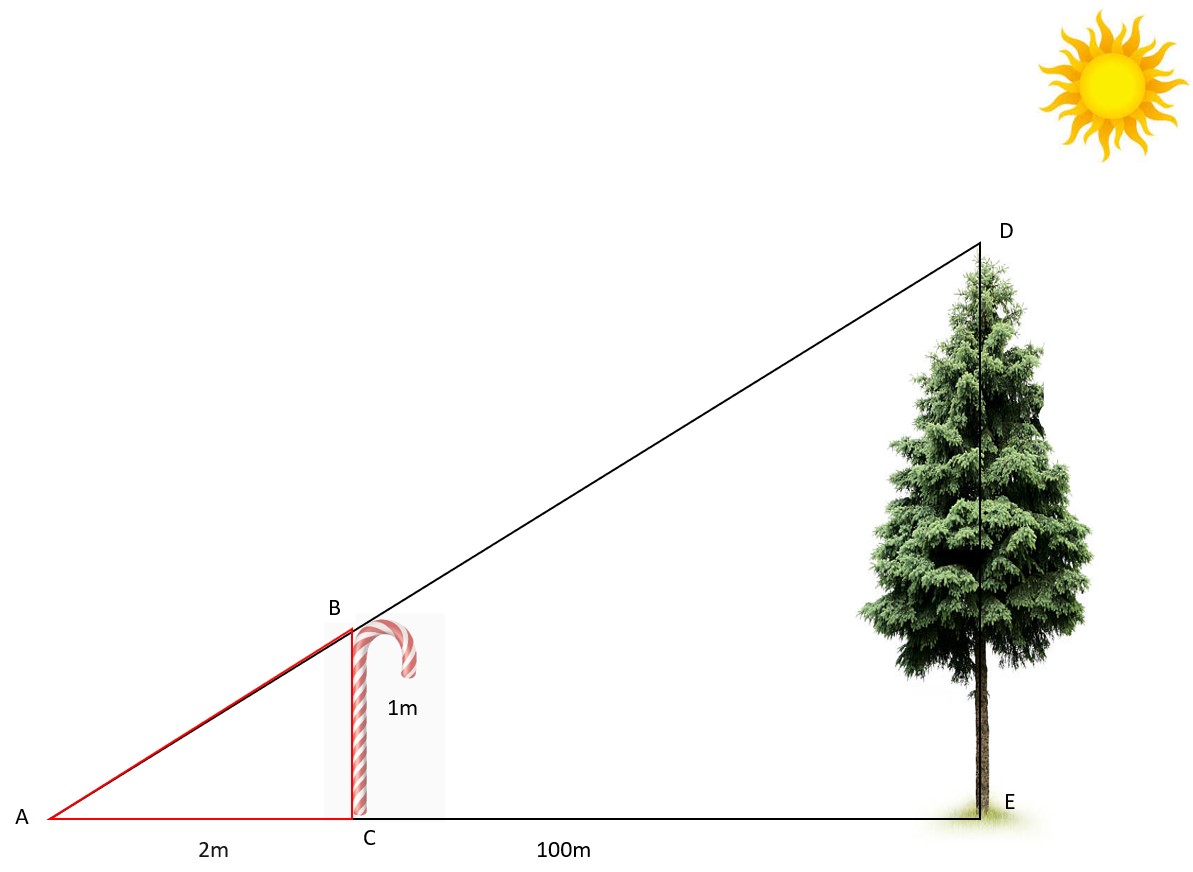 Well done for explaining that so carefully, Tianchen. In this picture, Tianchen has positioned the cane so that the end of the cane's shadow reaches the same point (A) as the end of the tree's shadow, but this method would still work even if we made two different triangles with the cane and the tree.