You have ten identical open-topped boxes with 10 visually identical coins in each.

How can you find which box is the odd one out?

You have a normal mass measurer with a single pan and a scale. With just one weighing you can identify the box with the lighter coins. 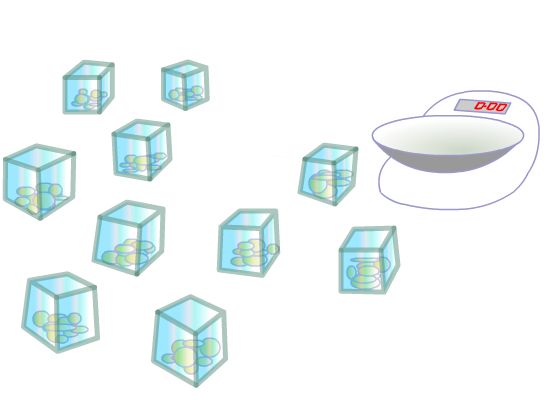 What will you weigh?

This problem involves thinking 'out of the box'. The pupils need to work out a way of making one weighing of all the boxes that will give them information about all the different boxes at once.