Before a knockout tournament with 2^n players I pick two players. What is the probability that they have to play against each other at some point in the tournament? 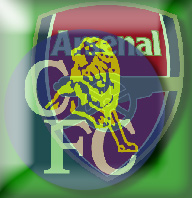 In the FA Cup 64 teams play a knockout tournament. Over the four years 2001, 2002, 2003 and 2004 Arsenal have been drawn against Chelsea each year and have beaten Chelsea every time. What is the probability of that happening?

Let's say that whenever Arsenal and Chelsea play the probability of Arsenal winning is 0.6 and otherwise, throughout the tournament, both these teams have a probability of winning of 0.7 in the first round, 0.6 in the second round and 0.5 in the subsequent rounds.
The NRICH Project aims to enrich the mathematical experiences of all learners. To support this aim, members of the NRICH team work in a wide range of capacities, including providing professional development for teachers wishing to embed rich mathematical tasks into everyday classroom practice.