Can you express every recurring decimal as a fraction?

Sanika from PSBBMS in India, ThÃ´ng-sahge from Tiffin School in the UK, Zofia from the Netherlands, Mahdi from Mahatma Gandhi International School in India and Turbo from Bangkok Patana School in Thailand all predicted the same decimal for $1\div9999$. This is some of Turbo's explanation:

Having read the rest of Turbo's working, we understand what Turbo means. Mahdi also wanted to generalise algebraically. What Mahdi wrote is easier to understand even without seeing the rest of Mahdi's working:
$$\frac1{\underbrace{99...00}_k} = 0.\underbrace{\dot{0}00...\dot{1}}_k$$

Sanika, Zofia and Mahdi found the decimals equivalent to the other fractions. This is some of Sanika's work:

This is some of Zofia's work: 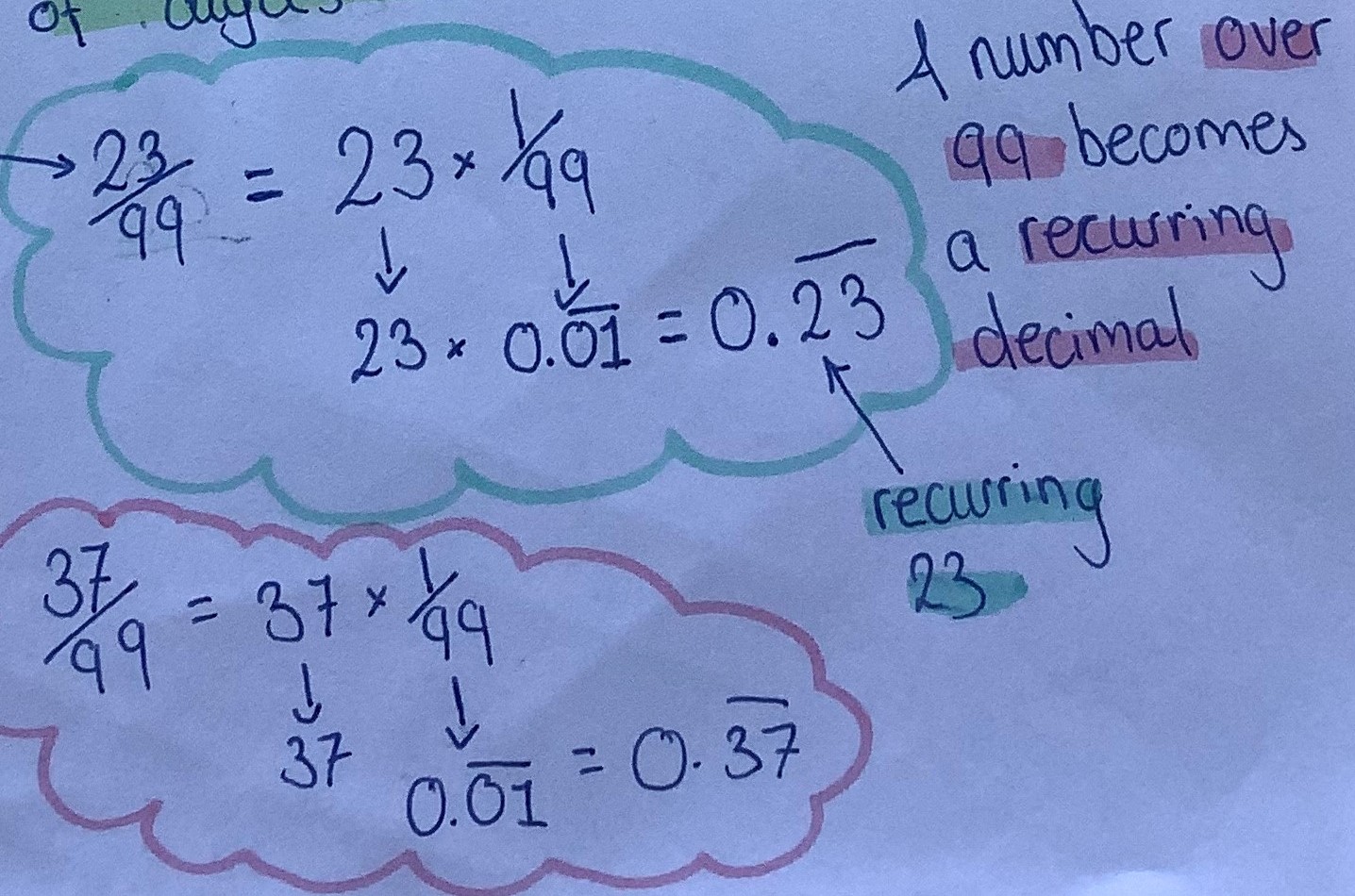 Sanika explained how to extend this to any integer $n$:

Mahdi gave an example which shows what Sanika means for the cases where $n\gt99$:

Mahdi also extended this to other similar fractions:

To prove that these recurring decimals are equivalent to the fractions that they are supposed to represent, look at the problem Repetitously.