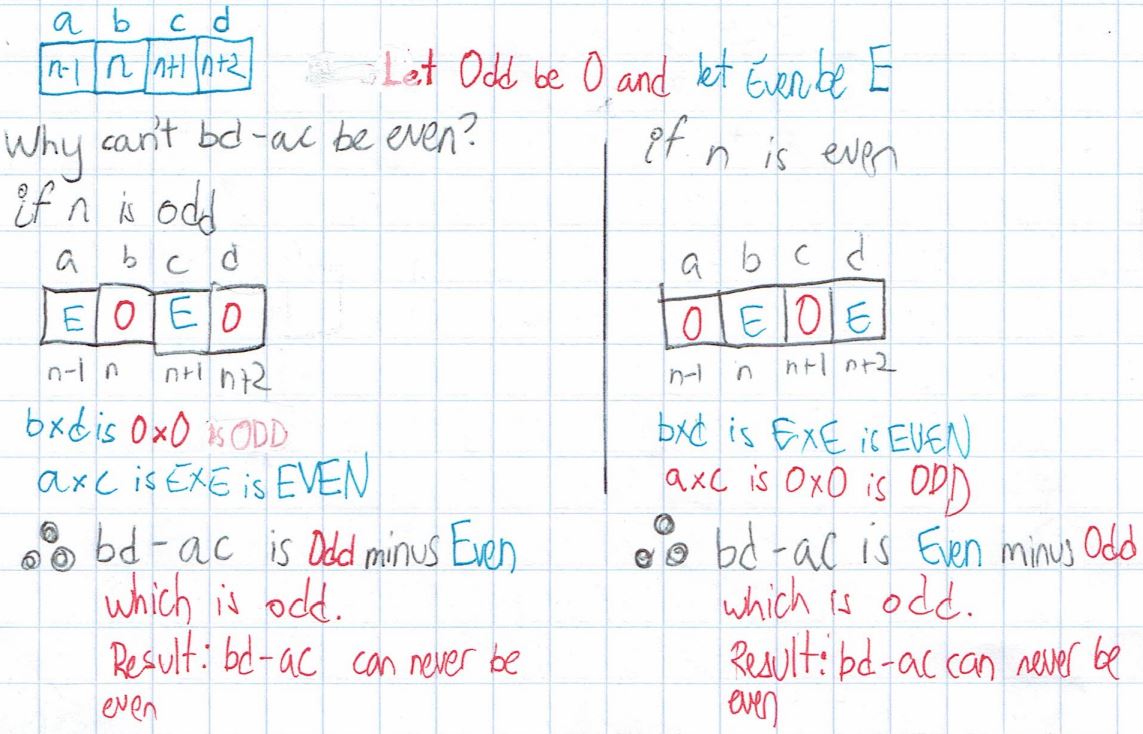 Samuel from the UK, Eva, Vladimir, Arman, Ivan, Ivan, Ekaterina and Sama from Skolkovo in Russia, Yuk-Chiu from Harrow School in the UK and Rishik K used algebra. This is Rishik K's work:

$a,b,c,d$ are consecutive numbers so each number is $1$ more than the previous number.

So, we know that:

So, the new [expression] is:

When the inner brackets are expanded and simplified the equation is: 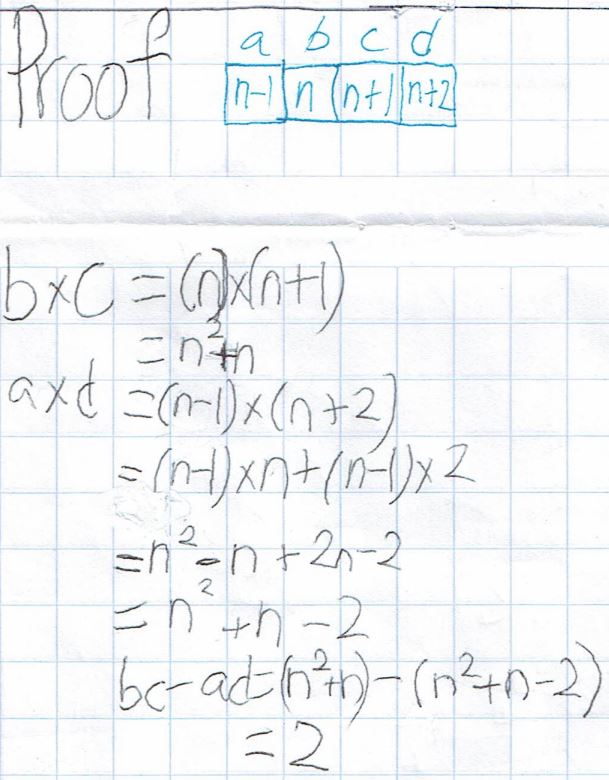 Theekshi from NLCS in the UK used algebra and some examples to show that it usually does have an odd factor:

A chart investigating this: 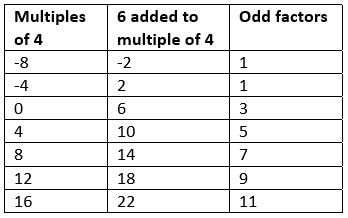 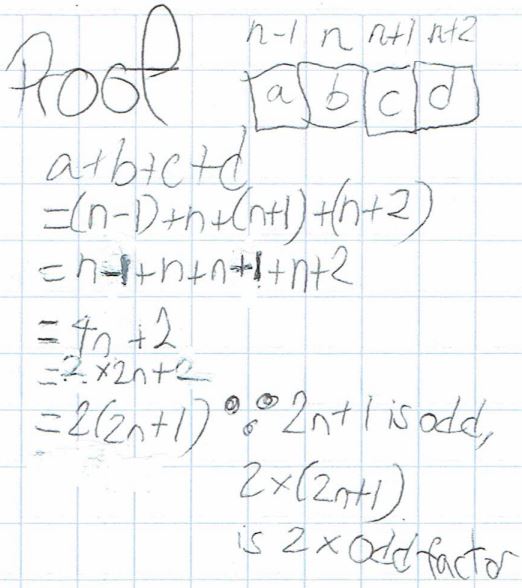 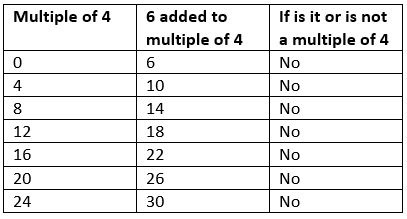 5. Which consecutive numbers are such that $a+b+c+d$ divides exactly by $3$?