Have a look at this photo of some peaches: 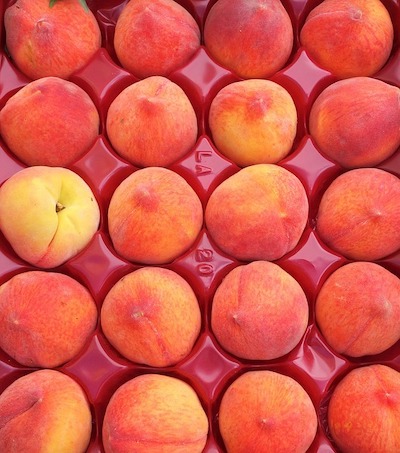 How many?
How did you count them?

Now take a look at this picture of oranges: 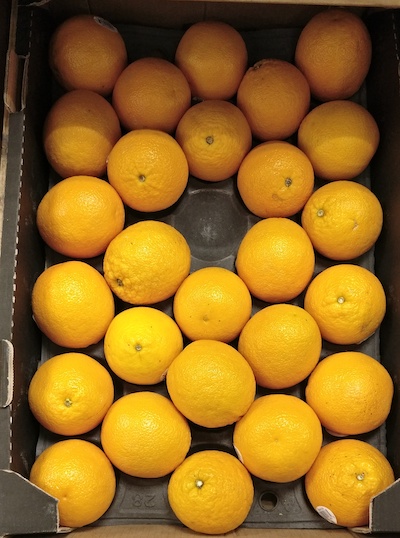 How many?
How did you count them?

And one last photo: 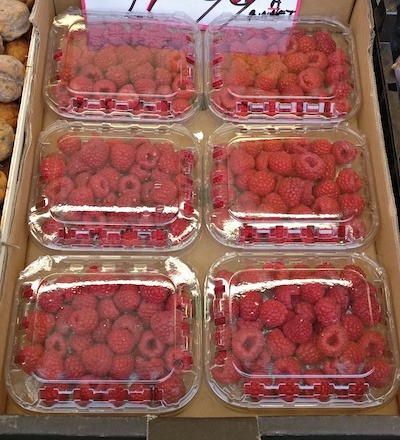 How many this time?
How did you count?

This low threshold high ceiling task is accessible to everyone. It gives children the chance to share the way they picture (visualise) numbers and their methods of counting. One of the key features of this task is that it can be interpreted differently, depending on the image, so that children can decide for themselves whether they are counting individual fruit, cartons of fruit... Therefore there may also be an opportunity for children to develop their estimation skills as well as appreciating different ways of counting.

Ideally, share the first image of the peaches with the class and simply ask, "How many?". Try not to say anything else at this stage, but give learners a few minutes of individual thinking time before encouraging them to talk with a partner. Suggest that they describe to each other how they counted, not just their final answer.

After five minutes or so, bring the whole group together and invite them to share responses.  It could be useful to ask children to annotate the image as they describe their method and it would be worth keeping these annotated images, if possible, as they may be useful to refer to later. Try not to offer your own view as learners share their thinking, but encourage the group to ask questions and/or comment if they wish.

Next, show the second image of the oranges and suggest that learners have a go in pairs. Circulate as they work, listening out for different ways of counting. You could warn three or four pairs that you'd like them to share their thinking with the whole class in the next mini plenary. You could deliberately select a variety of different ways, some of which might have been discussed earlier and some which are totally new.

After a second mini plenary, share the photo of the raspberries and invite pairs, or small groups, of learners to work together. In the final plenary, draw attention to those children who decided to count individual raspberries, in addition to punnets, and instigate a conversation about ways in which you could do that. Did children actually count, or did they use estimation as well or instead? When might estimation be more appropriate than counting accurately?

(At any stage of the lesson, it may be helpful to give learners a printed copy of this sheet, which contains all three photos, with the rasperries on the second page.)

How many?
How do you know?
What did you do?
How would you check?
What made you decide to change your way of counting this time?

Having a print-out of the photos on this sheet may help some children access the task. You could recreate the pattern of peaches or oranges using real fruit, or counters for example, so that children could physically re-group them to help them count if they wished.

You might like to take your own photos as a stimulus to the question "how many?". You could make the mathematics more challenging by including a few pieces of fruit which had been cut into fractional amounts e.g. half apples. Children might like to try How Would We Count?, which is a similar task but uses arrangements of dots.
The NRICH Project aims to enrich the mathematical experiences of all learners. To support this aim, members of the NRICH team work in a wide range of capacities, including providing professional development for teachers wishing to embed rich mathematical tasks into everyday classroom practice.