We had quite a lot of solutions come in for this task. I've shown here the ones who have seen that overlapping in a diagonal way produces the most squares. Other arrangements were not able to find nearly as many squares.

Children from St Joseph's Corinda Australia sent in their solutions

For four squares, we continued with overlapping diagonally. We added a square at the bottom
and managed to get a total of fifteen squares. 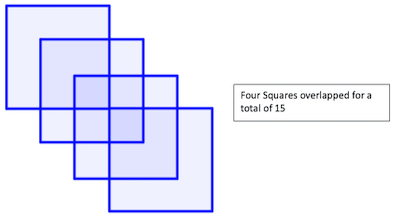 Mrs. Harrell's Crew from Glenolden School in the U.S. wrote:

We realized from the example that we would have to overlap even more to try to get more than just five squares.
We tried to first overlap all three squares with at least one corner in common. At first, we were excited to have gotten what we thought was six squares, but then we noticed there were more than just three big squares and three tiny squares, there were also two medium squares. 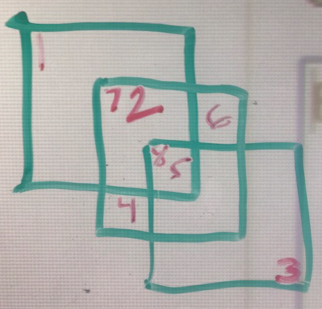 Andy from the American International School of Guangzhou (AISG) in China said: 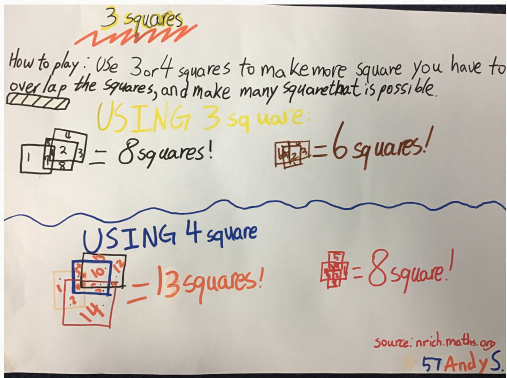 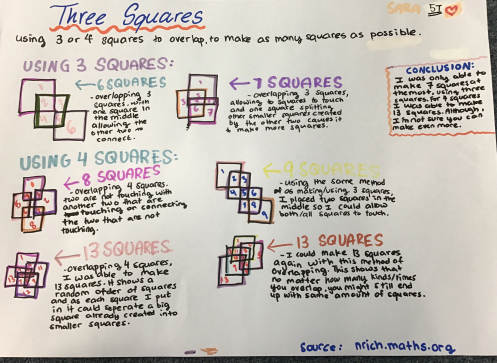 Well done everyone, although if anyone has any further thoughts about four squares overlapping, then please get in touch!
The NRICH Project aims to enrich the mathematical experiences of all learners. To support this aim, members of the NRICH team work in a wide range of capacities, including providing professional development for teachers wishing to embed rich mathematical tasks into everyday classroom practice.