We had just a few solutions sent in for this activity, but they were excellent, thank you. 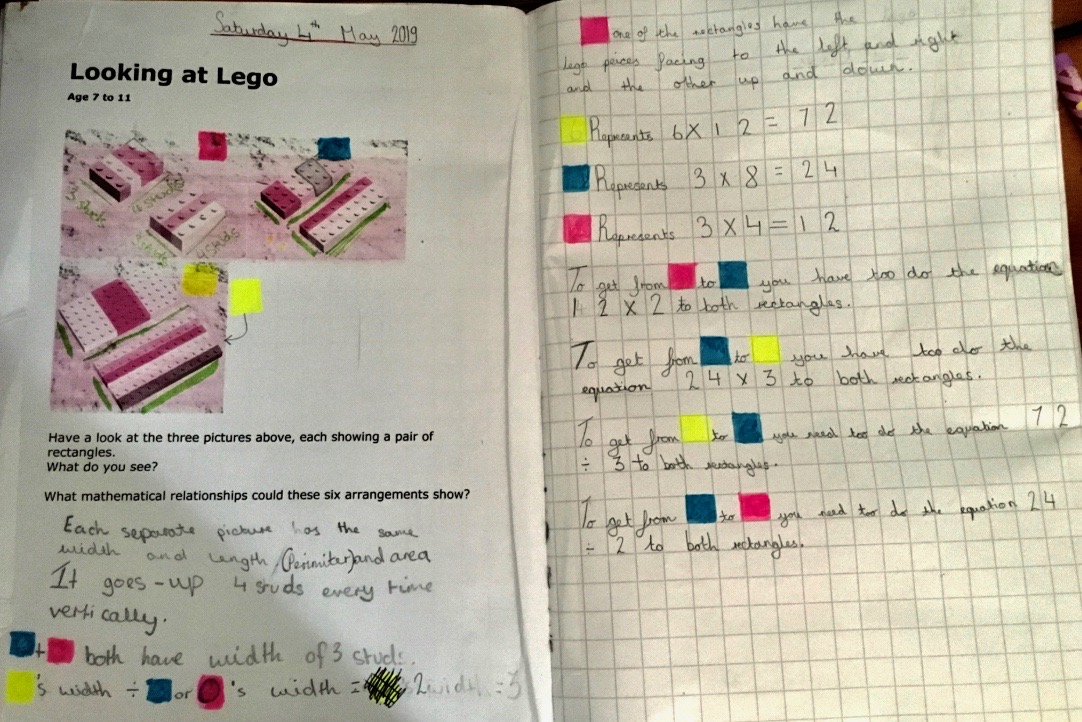 Children from St Monans Primary School in Scotland wrote the following (a larger version of their poster can be see by clicking on the picture:
As a class we did some maths talk around what we could see and our teacher jotted down some of our observations. We then worked in pairs to come up with as many different number sentences to describe some of the relationships we could see in the pictures. We decided to call the bumps on the lego "connectors".

We also labelled the pictures A, B and C so that we could even describe the relationships between the different pictures. 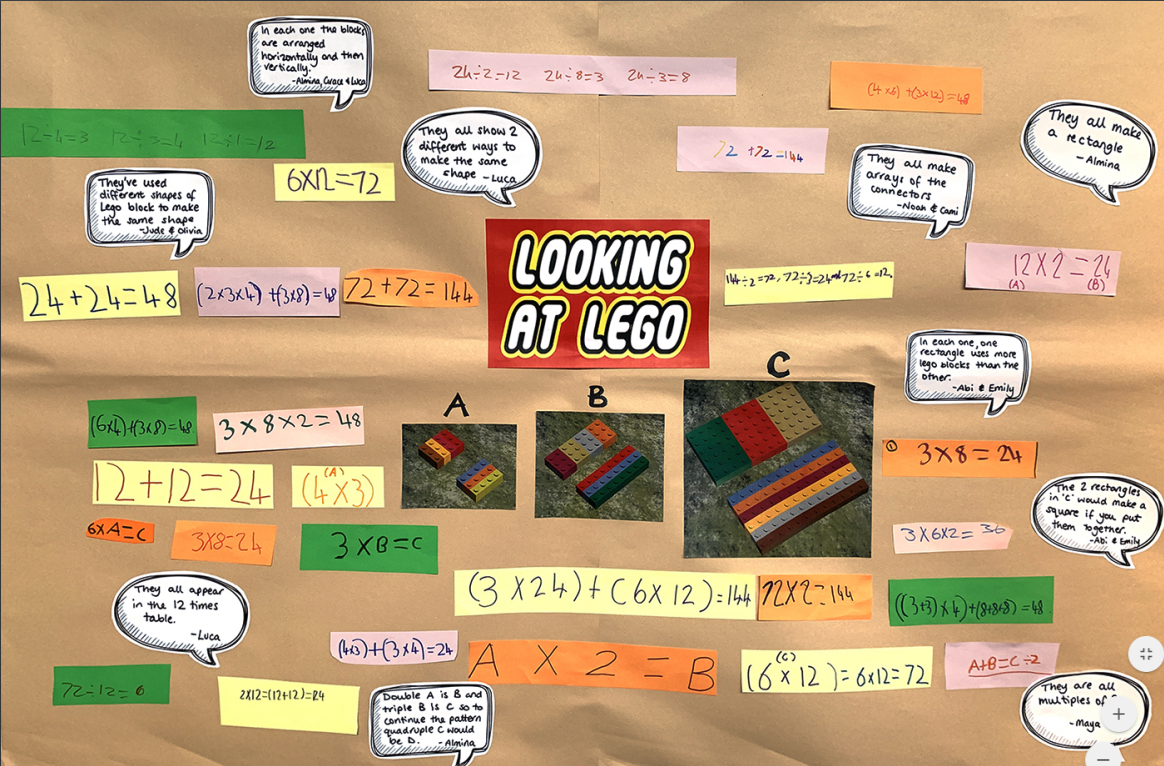 Maybe you could create another set of three pictures made from Lego rectangles of different sizes and explore further?