Anabelle from Waverley Christian College in Australia sent in the following: 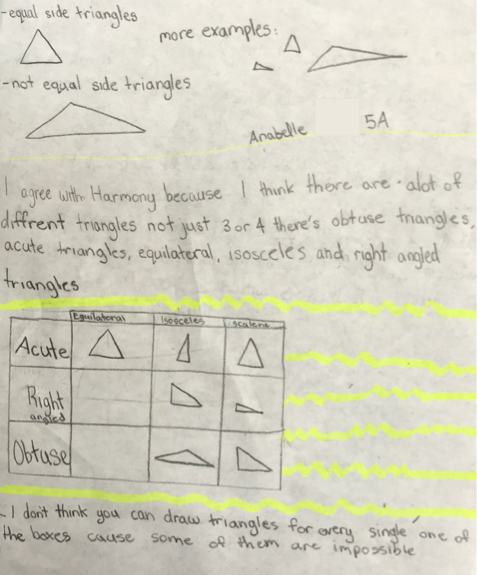 Enclosed is our solution for Name that Triangle! that we did together in our after-school maths club. 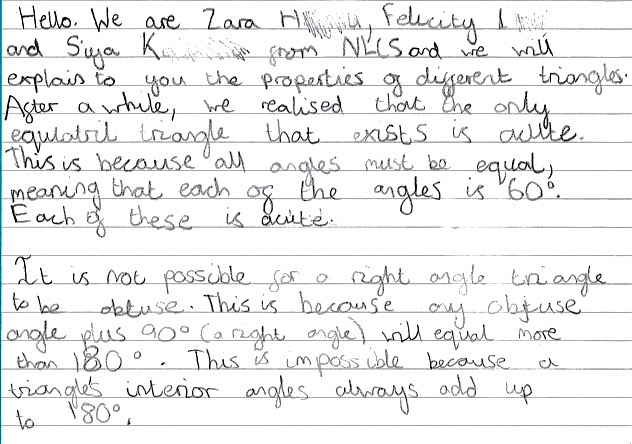 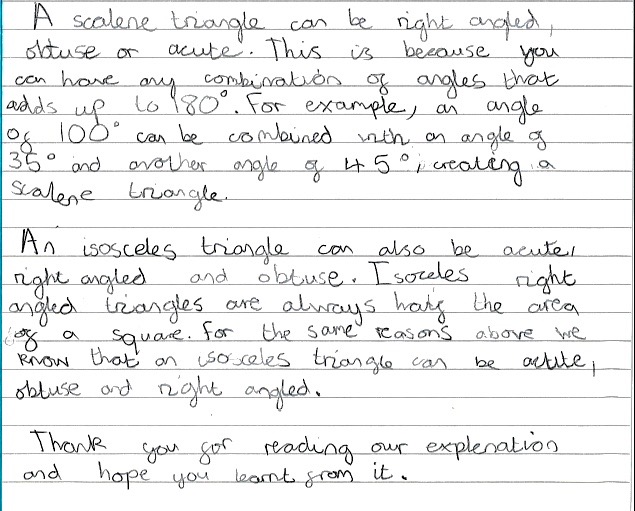 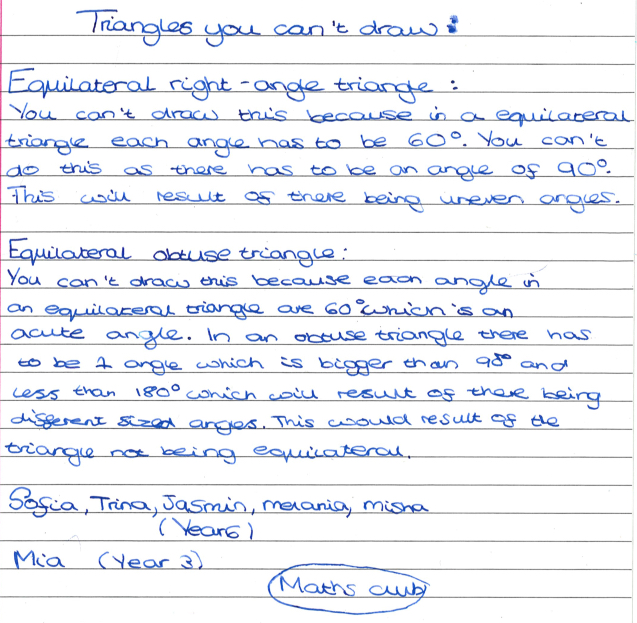 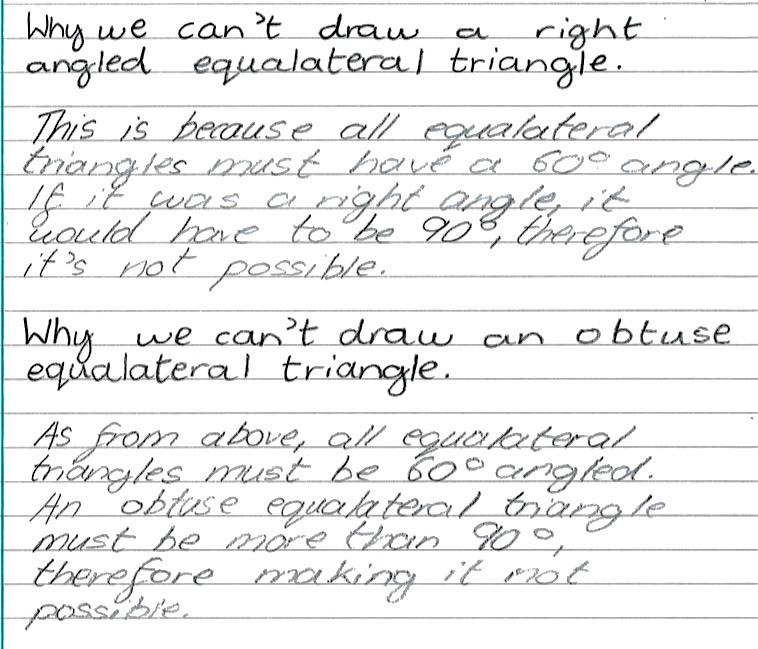 Scout from James Allen's Prep School began by explaining that the angles of any triangle must add up to 180 degrees and wrote explained carefully why each type of triangle is or is not possible:

Acute + Equilateral = Definite (The angles of an equilateral triangle are all 60 degrees which makes them all acute, meaning they are all smaller than 90 degrees.)

Acute + Isosceles = Possible (An isosceles triangle could be two acute or all acute. Here are some examples: 30 degrees, 30 degrees and 120 degrees or 75 degrees, 75 degrees and 30 degrees. One acute angle is not possible because you would have to have two obtuse or right angles and that alone would be more than the limit.)

Right angled + Isosceles = Possible (If you have 90 degrees, 45 degrees and 45 degrees that would work, but no other combination would. The two equal angles must be the same and in this case, we need a right angle; the equal angles cannot be 90 degrees, as 90 + 90= 180, which is the limit of triangles.)

Right angled + Equilateral = Impossible (The underlying principle of an equilateral triangle is that its angles are the same. To get them to be the same they all must be 60 degrees and a right angle is 90 degrees.)

Right angled + Scalene = Possible (If you have 90 degrees, 30 degrees and 60 degrees that is Scalene and is just one of many. In fact, with a right angle, you can just keep one angle 90 degrees and the other two can be anything if together they add up to 90 degrees and aren't both 45 degrees.)

Obtuse + Equilateral = Impossible (In order for all angles to be the same, each angle must be 60 degrees. 60 degrees is less than 90 degrees, so not obtuse.)

Obtuse + Isosceles = only possible with one obtuse angle (It depends whether you see obtuse as three obtuse or two obtuse (both impossible as it is over the limit: 180 degrees). One is possible: 120 degrees, 30 degrees and 30 degrees is just one example.)

Thank you, Scout, a very thorough explanation, well done!
The NRICH Project aims to enrich the mathematical experiences of all learners. To support this aim, members of the NRICH team work in a wide range of capacities, including providing professional development for teachers wishing to embed rich mathematical tasks into everyday classroom practice.