Can you find the value of the jewels?

Find the missing number if the mean, median and mode are all the same.

The mean of three numbers x, y and z is x. What is the mean of y and z?

Looking at the pie charts
Just looking at the second pie chart, Rayfield had the most passes - more than a quarter of all passes.


Working out the pass rates
Using the numbers from the pie charts, we can find the pass rates for each centre.
This is the percentage of tests which were passed:

We can see that Mallick has the highest pass rate.


Other ways of respresenting the data
Bars showing tests taken and passed at each centre: 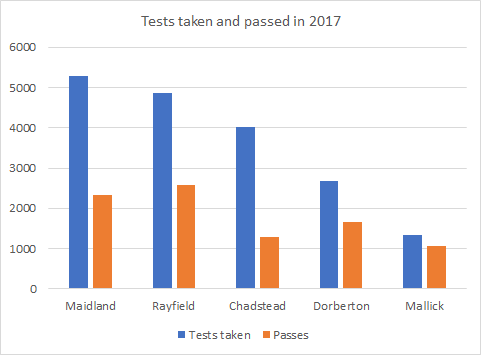 Pie charts showing passes and fails at each centre (fails must be found as the difference between tests taken and passes): 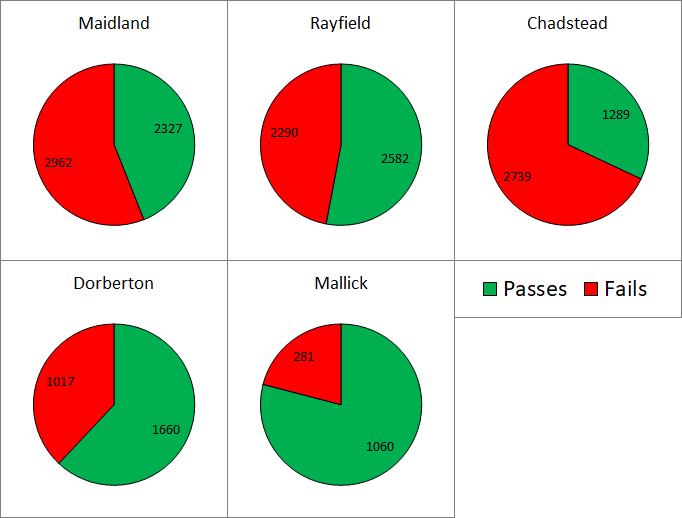