Lewis from Dartford Grammar School for Boys in the UK, Dang Minh Duc from Renaissance International School Saigon in Vietnam, Alex from Chorlton High School in the UK and Anas all proved Alison's conjecture using the interior angles in a triangle. This is Dang Minh Duc's work: 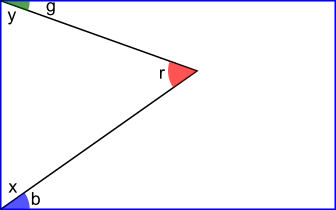 
Leah, Hazel, Kaitlyn, Hollie and Sofia from Ormiston Ilkeston Enterprise Academy, Lewis from Dartford Grammar School for Boys, Alex from Chorlton High School, Baruch from Westminster School, William from The Hurst Community College (all in the UK), Anas, Daniel from Seoul Foreign British School and Thomas from Hollinwood Academy in the UK proved the conjecture using alternate angles. This is Daniel's diagram and Thomas' explanation: 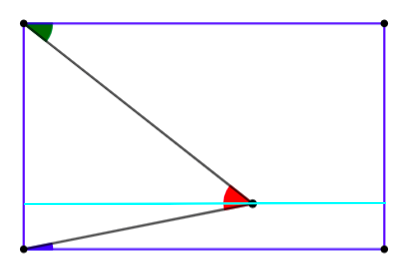 William from The Hurst Community College in the UK used a vertical line to form right-angled triangles: 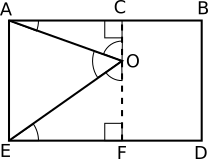 Lewis from Dartford Grammar School for Boys in the UK also proved it using a pentagon:

Sum of interior angles in a pentagon:

Each angle between two perpendicular sides, by definition is 90 °. Therefore, we know 2 of the angles in the pentagon are each 90 °.

Parallelogram and Trapezium
Lewis, Baruch and Anas used the interior angles of a triangle to prove that this also works for parallelograms and trapeziums. The proof is very similar to the proof for rectangles. This is Lewis' working with a diagram added: 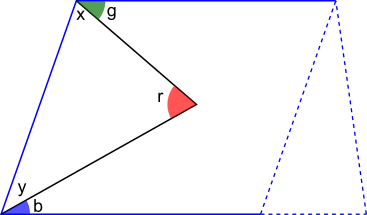 However, a closer look at which angles are the alternate angles in this case shows that actually, the red angle is now the difference between the blue and green angles (unless the green angle is now considered 'negative'): 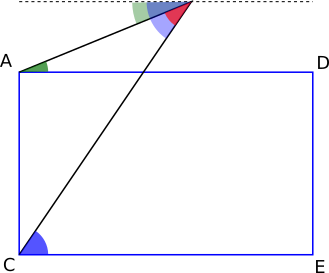