On a clock the three hands - the second, minute and hour hands - are on the same axis. How often in a 24 hour day will the second hand be parallel to either of the two other hands?

How good are you at estimating angles?

Can you use LOGO to create this star pattern made from squares. Only basic LOGO knowledge needed.

Arnav from Franconian International School in Germany began by thinking about angles in a nonagon from the Getting Started section:

Luxsija from Mill Hill County High School, Year 7 students from Chesterfield High School, Oliver from The Priory Academy LSST and Rishika from Nonsuch High School for Girls, all in the UK, and Ashlynn from ISF Academy in Hong Kong found the angles in the octagon and kites. This is Oliver's work: 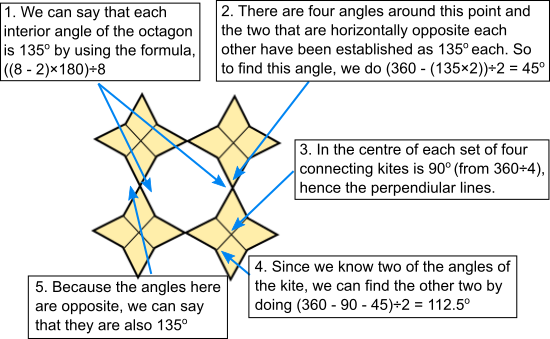 For the decagon and the rhombuses, Rishika and the Chesterfield year 7 students started with the decagon. This is Luxsija's work: 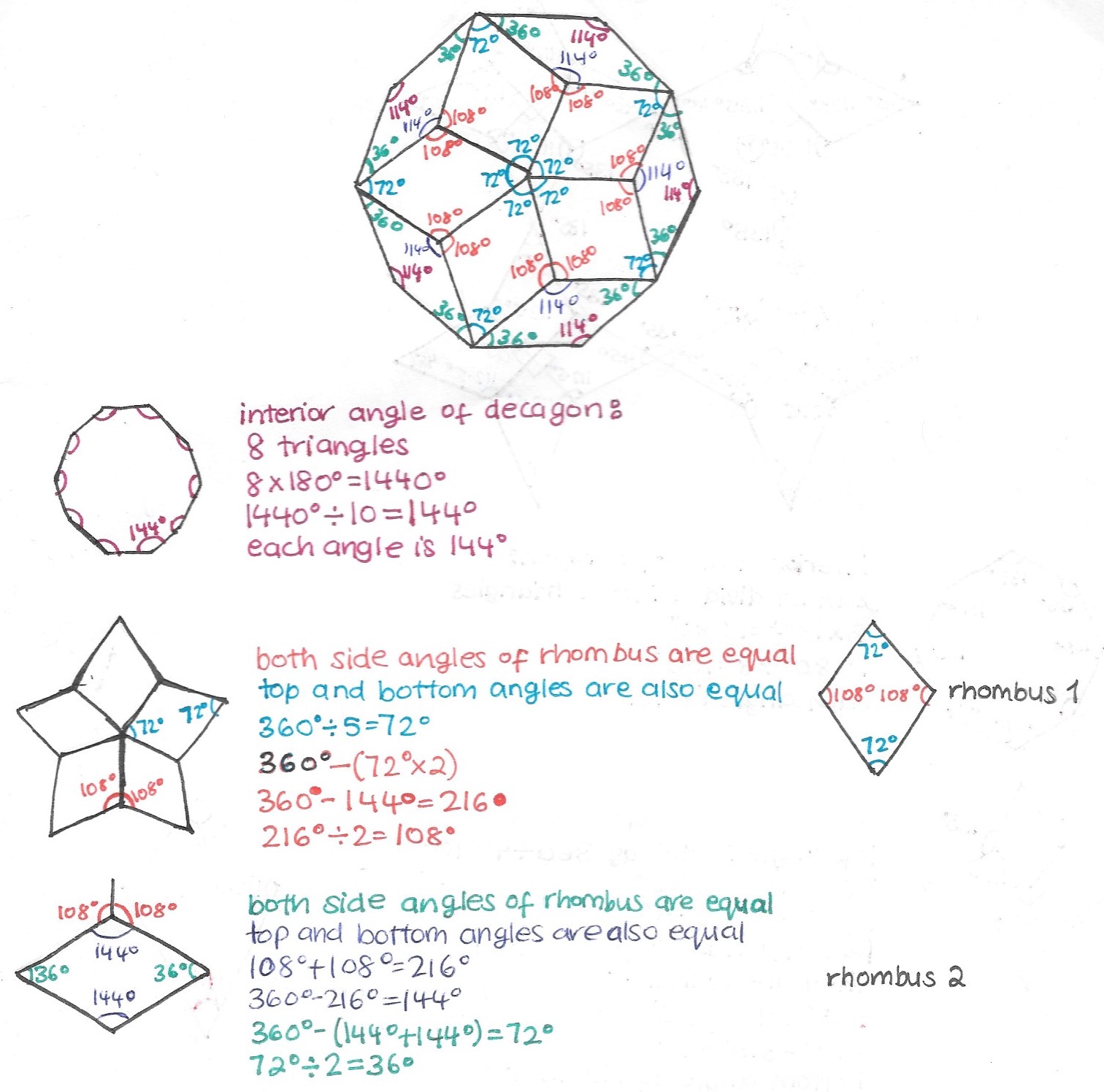 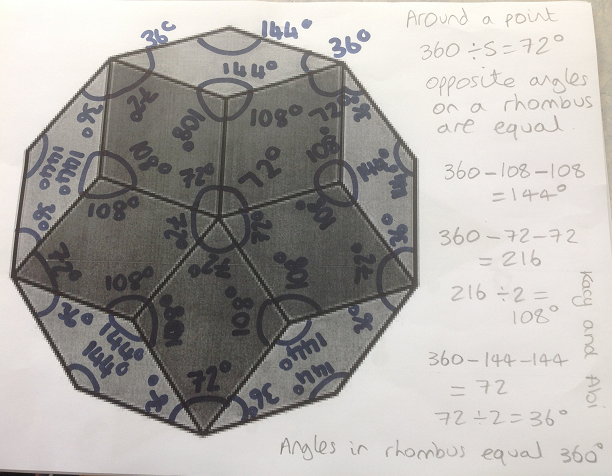 
For the triangle and the nonagon, Rishika, Luxsija, Ashlynn and Chesterfield year 7 all began by finding the interior angles of each shape. This is Rishika's work: 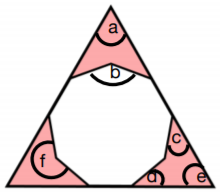 
For the other nonagon, Luxsija and Chesterfield year 7s used kites and parallelograms inside the shapes. This is Luxsija's work. The pink shapes are not actually parallelograms, but they are quadrilaterals so the angles still add up to 360$^\circ$: 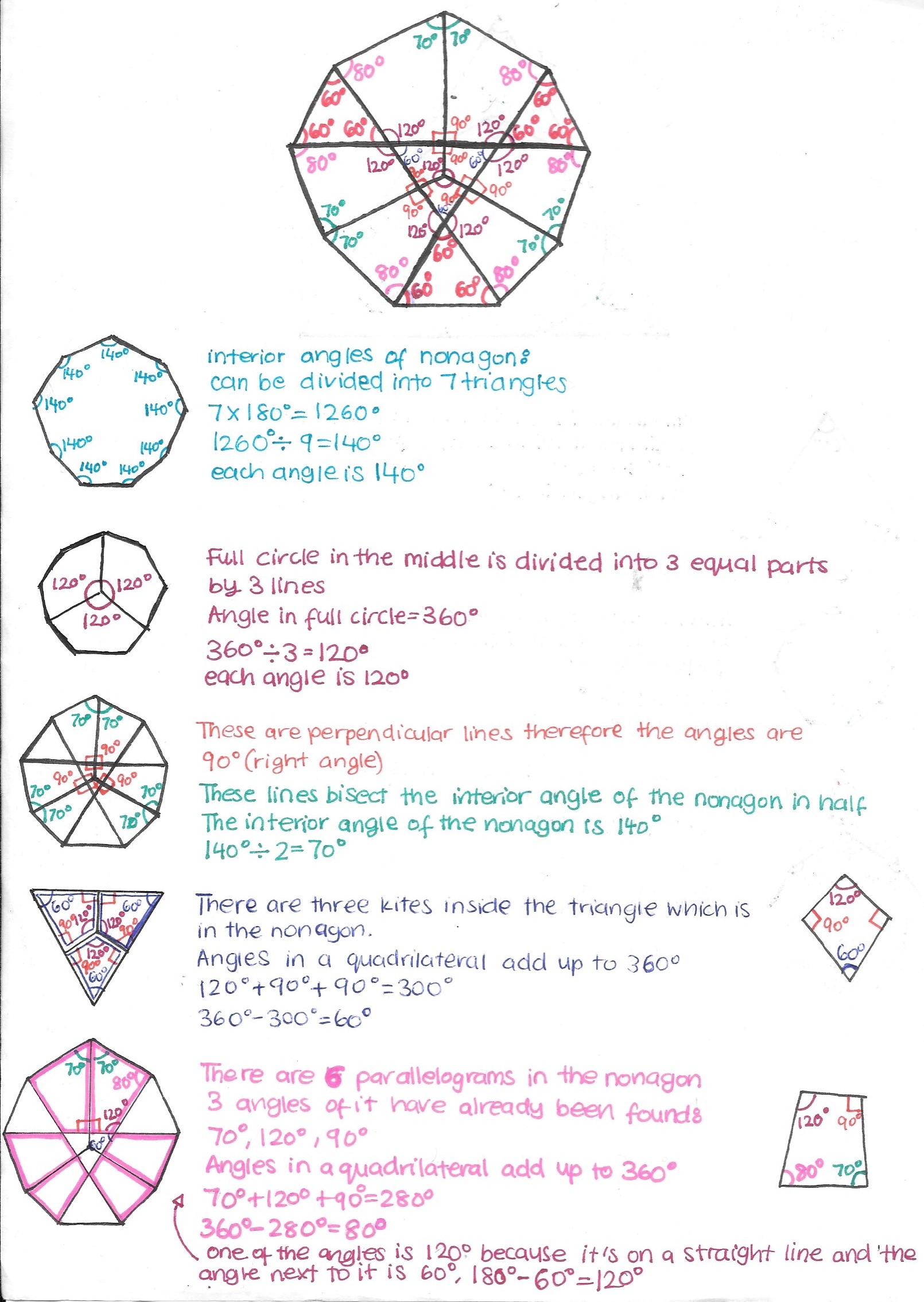 Rishika used symmetry and properties of angles in triangles and on lines and points: 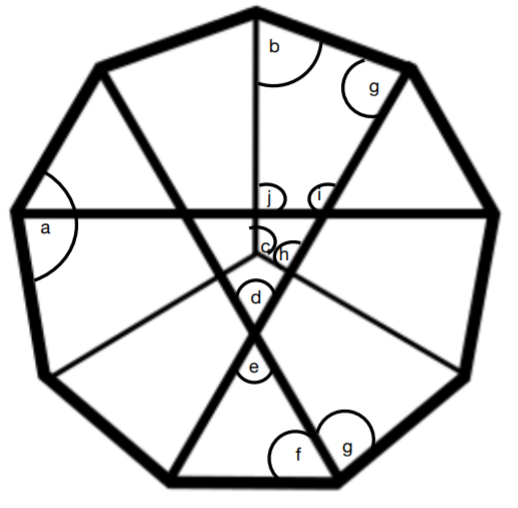 Angle $\text{d}$ is an angle in an equilateral triangle, and so must be $60^\circ$ as all angles are equal and angles in a triangle add to $180^\circ$

Angle $\text{e}$ is equal as it is vertically opposite, and therefore is $60^\circ$ as well. 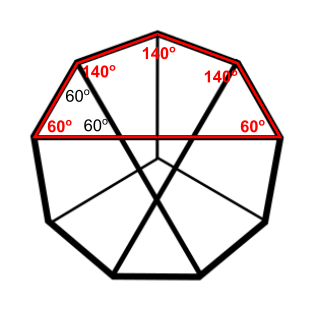 All the small triangles have angles of $60^\circ$ and are equilateral.


Luxsija, Rishika and Ashlynn all counted the shogi tiles and found some angles. This is Rishika's work: 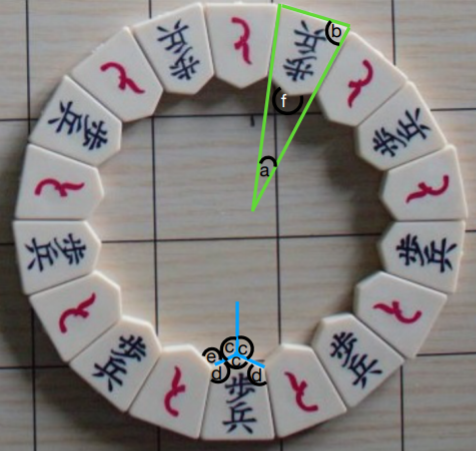 The smallest angle is when it becomes a triangle i.e. $20^\circ$ (so angle $\text c$ is at angle $\text a$)
The biggest angle is when it becomes a trapezoid i.e. $180^\circ$
The NRICH Project aims to enrich the mathematical experiences of all learners. To support this aim, members of the NRICH team work in a wide range of capacities, including providing professional development for teachers wishing to embed rich mathematical tasks into everyday classroom practice.