A box has faces with areas 3, 12 and 25 square centimetres. What is the volume of the box?

Add All the Angles

Using interior angles of triangles
In the diagram below, all of the lines have been extended so that they cross.

But the red angle, the pink angle and the orange angle are also the angles of a large triangle. So they also add up to 180$^\text o$. 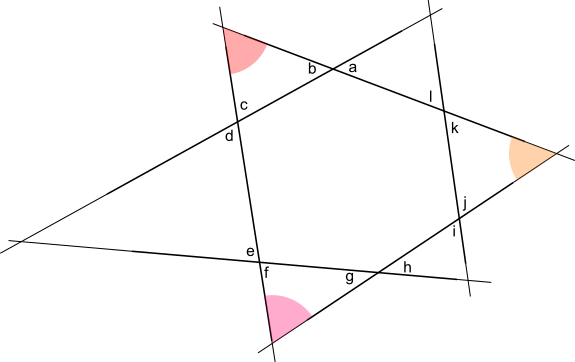 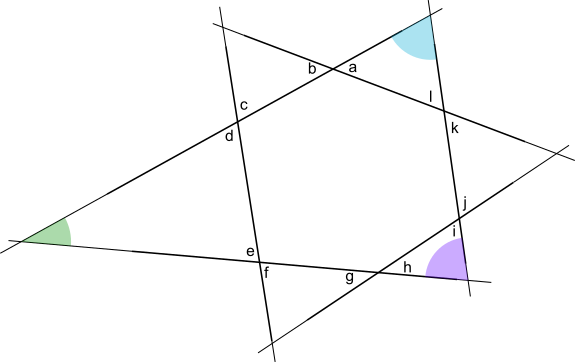 
Using the exterior angles of hexagons 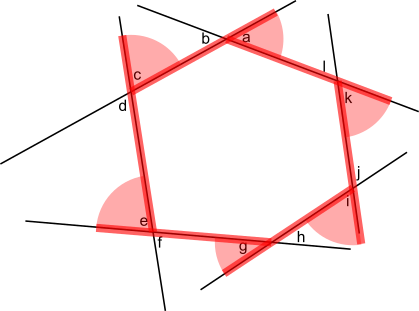 Imagine walking clockwise around the hexagon shown in red in the diagram on the right. The angles a, k, i, g, e and c are the angles that you would need to turn through to be facing in the direction of the next side.

By the time you got back to where you started from, you would be facing the same way you were facing when you started. So you would have turned through 360$^\text o$. 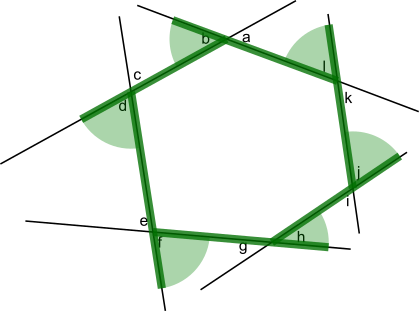 Now imagine walking anticlockwise around the hexagon, as shown in green.

So the sum of all of the angles denoted by letters is
360$^\text o$ + 360$^\text o$ = 720$^\text o$.
You can find more short problems, arranged by curriculum topic, in our short problems collection.
The NRICH Project aims to enrich the mathematical experiences of all learners. To support this aim, members of the NRICH team work in a wide range of capacities, including providing professional development for teachers wishing to embed rich mathematical tasks into everyday classroom practice.