Ronan from Bainbridge, Askrigg and West Burton School Federation sent in his work:

We had three pupils' work sent in from the International School of Brussels. 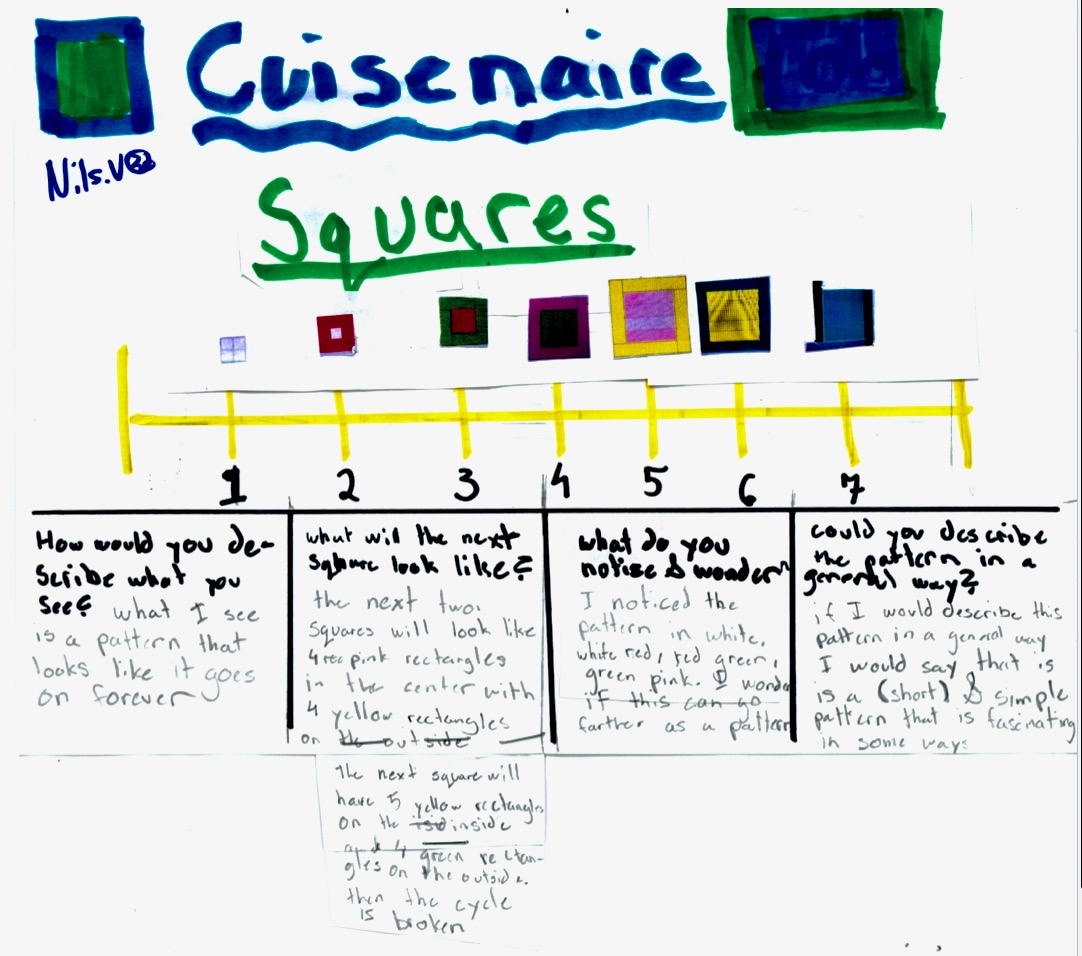 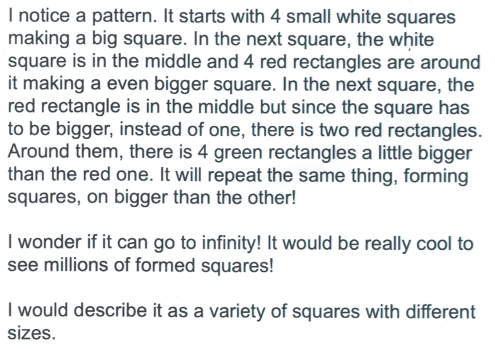 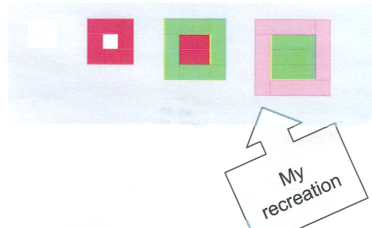 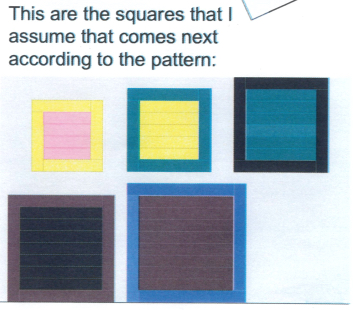 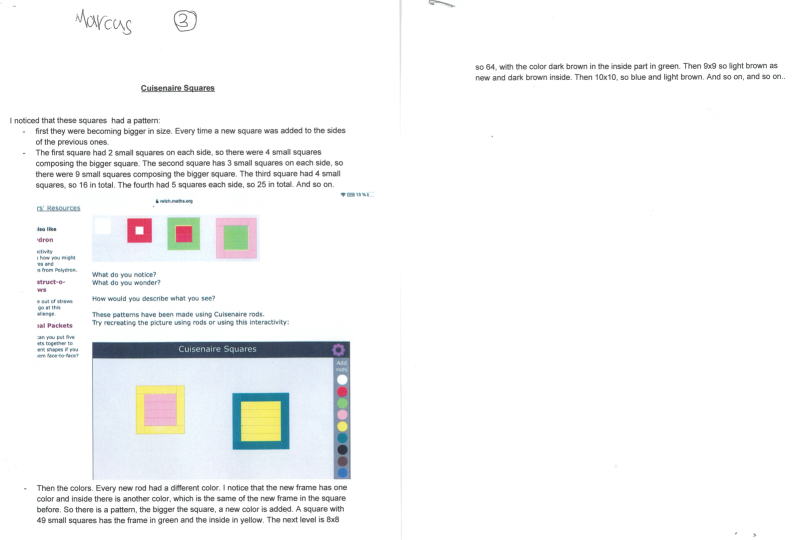 First, we noticed that if we align the rods from shortest to longest, each rod is 1 unit longer than the rod that precedes it. This made it easy to see that the squares are made from two colour rods that are next to each other on this alignment. Each figure has a boundary that is made of the bigger rod (we can also think of it as an unfilled square) and the inner filled portion is a square made of the preceding smaller rod. Together, the boundary and the inner square make a two-coloured square.  If the boundary is made of pink rods, the inner square is made of the light green rod because it precedes it. 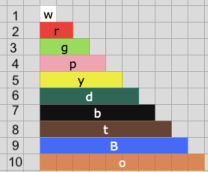 Here are some observations about the squares.

If n denotes the rod number on the alignment, the inner square makes n x n array and the two-coloured square is (n+2) x (n+2) array. The exception is the white rods because they fit together with no inner square.

Here are some observations for the squares made with overlapping rods.

We noticed that the boundary rods are arranged like a jigsaw puzzle such that they do not overlap. We wondered if we made the boundary by creating overlaps, we could make squares that look different. The squares were smaller but interestingly, we found that (if n denotes rod number on the alignment), the inner square makes n x n array and the two-colored square is (n+2) x (n+2) array. This was the same as the previous case. In the previous case, there is no inner square when white rods are used but in this case, there is no inner square when white or red rods are used.

Well done all of you, some excellent observations!